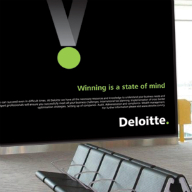 Deloitte Cyprus was awarded with the title ‘Cyprus Tax Firm of the Year 2014’ at a recent dinner in London.

Deloitte Cyprus was awarded ‘Cyprus Tax Firm Of The Year 2014’ by the International Tax Review during the 10th European Tax Awards dinner held at the Dorchester Hotel in London.