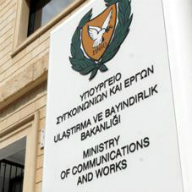 More than 95% of vehicle owners have renewed their road tax, with authorities expecting to net an extra €10 million this year because of a special levy.

Last year, the state collected €100m from road tax. The deadline has elapsed and police will be reporting those who have failed to renew their road tax who will have to pay a €30 fine and a penalty of 10% of their road tax. Yiannis Nicolaides, a senior officer at the department of road transport said that vehicle owners still had time to renew their tax. “It appears that nearly all vehicle owners have renewed their road tax,” he told the House Communications Committee, adding that the figure was around 95%.

Nicolaides confirmed that there was an increase in the number owners who had opted to take their cars out of circulation. He said that last year this figure stood at 35,000 whereas this year it was around 50,000. He said this was a result of a campaign informing owners that only if a vehicle is officially taken out of circulation is it exempted from road tax. About 30% of road renewals were carried out online.