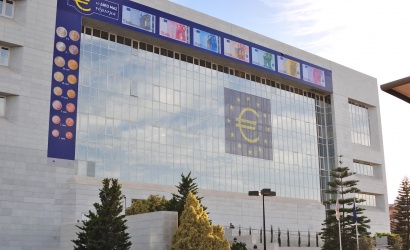 Cyprus’ legal framework is particularly strong, due in part to mandatory compliance with European Union regulations.

The legislation governing Cyprus’ financial services sector underpins the island’s ambition to become a leading international financial centre. As a former British colony, Cyprus law is based on English Common Law and was amended to meet European Union requirements. Offering foreign business a familiar and reliable framework within which to operate, the island’s legal and regulatory system is considered to be one of the most favourable in Europe, whilst at the same time being fully compliant with the EU, the Financial Action Task Force on Money Laundering (FATF), the Organization for Economic Co-operation and Development (OECD) and the Financial Stability Forum.

Financial institutions are regulated and supervised by three authorities in Cyprus, the Central Bank of Cyprus (CBC), which is responsible for the supervision of commercial banks and the cooperative credit institutions; the Superintendent for Insurance Control (SI); and the Cyprus Securities and Exchange Commission (CySEC). However, changes introduced by the EU’s Single Supervisory Mechanism (SSM) in 2014, saw the transfer of supervision of all the eurozone’s largest banks to the European Central Bank (ECB). For Cyprus, this meant that Bank of Cyprus, Hellenic Bank and RCB Bank were transferred from the supervision of the CBC to the ECB.

Cyprus has put in place all necessary mechanisms for the prevention and suppression of money laundering and terrorist financing activities. Cypriot authorities cooperate with foreign supervisory authorities in compliance with the Financial Action Task Force (FATF) recommendations to ensure financial sector legislation and practices are aligned with international standards. The national AML law is fully aligned with the 4th EU Anti-Money Laundering Directive, and Cyprus is in full adherence with sanctions issued by the European Union, the United Nations, and also the US Treasury OFAC.

The transposition of the 5th EU AML Directive into Law will take place in September 2019, whereas the full functionality of the Ultimate Beneficial Owner (UBO) registries will be available from March 2020. All individuals and legal entities that perform financial and other business activities, are obliged to protect themselves, their companies and the financial system of Cyprus from money laundering by setting standard procedures and adhering to strict protocols for maintaining records.

The government will soon be applying enhanced due diligence checks on foreign nationals who apply for Cypriot passports via the citizenship-by-investment scheme, while at the same time it will comb through past naturalisations to ensure they comply with up-to-date eligibility requirements.

The cabinet recently approved a bill aimed at bolstering the state’s tax collecting ability, including a provision mandating the submission of tax returns by anyone with an income.

Cyprus said it had substantially restored its reputation tarnished by money laundering allegations after the US Congress Financial Committee said Nicosia’s cooperation was beginning to produce results.

Cyprus is “all in” for blockchain regulation

The government has signed a memorandum of understanding with local financial institutions for the implementation of the Estia scheme, which comes into effect in September 2019, designed to bailout distressed homeowners holding toxic mortgages.