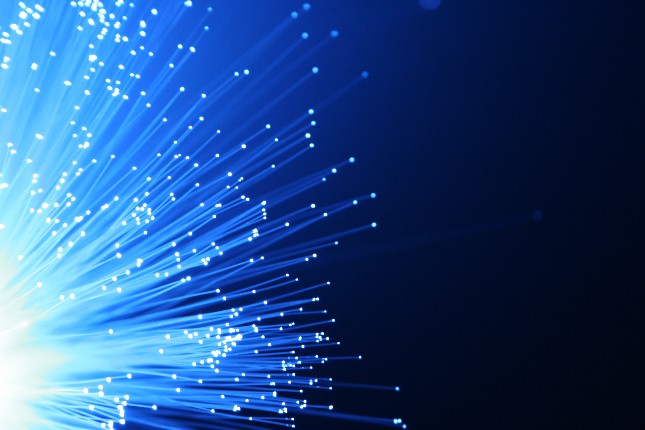 Already a strategic communications base, Cyprus now aims to become part of the European gigabit society by 2025 and is rolling out advanced next-generation services that are set to revolutionise all aspects of daily life.

Developing high-end networks and advanced satellite communications are part of Cyprus’ efforts to build the foundations of a sustainable digital future and to strengthen its status as an international services hub and investment destination. Local telecom operators have started implementing Fibre-to-the-Home connections and have upgraded their cellular networks to provide 5G coverage services.

The island already has a fully digital network with reliable high-speed international connectivity via eight fibre-optic submarine cables, including the world’s longest optical submarine telecommunications cable, SEA-MEWE-3, which links directly with Southeast Asia, the Middle East and Western Europe. Cyprus also has dedicated fibre links to major international Points of Presence and Connectivity, as well as top-tier satellite services ensuring all the right connections are in place. The strategic geographical location of Cyprus, its established framework for technology and research initiatives, and skilled workforce are all key aspects in the efforts to upgrade its telecoms landscape in line with Europe’s common digital agenda.

Cyprus’ mobile network already covers almost 100% of the population, and with high-speed broadband coverage available to around 90% of households, the country has been performing better than the EU average over the last few years. In 2021, Cyprus ranked first in the world in mobile speed growth, while its mobile speed reached 63.18 Mbps and further improved by 155% since the beginning of the pandemic. The island ranks 35th globally in the DQL Index (Digital Quality of Life), calculated by looking at the impact of internet affordability, internet quality, e-infrastructure, e-security and e-government. Internet quality was a particularly strong feat, where Cyprus ranked 15th out of 110 countries, but lower on internet affordability where it was 57th.

In fact, state-owned Cyta was awarded as Europe’s fastest network for Q2 and Q3 in 2021, after stiff competition from dozens of networks across the continent. Thousands of measurements were carried out as part of the process to announce a winner, where the speed of various networks was tested.

Across the EU, Cyprus was in first place along with the Netherlands for the share of population who streamed TV or videos in 2020, at 95%. Over 30 Cypriot communities have received EU funding to cover the cost of installing Wi-Fi hotspots in public spaces, including town halls, public libraries, museums, public parks or squares. The WiFi4EU initiative is part of the ambitious overhaul of EU telecoms rules, including new measures to meet Europeans’ growing connectivity needs and to boost Europe’s competitiveness.

Competition among various operators has resulted in a good offering of high-speed broadband access services throughout the island. However, according to the European Commission, prices for mobile broadband in Cyprus are more expensive than the EU average. The government has a Cyprus Broadband Plan 2021-2025, prepared by the Deputy Minister of Research, Innovation and Digital Policy after consultation with all stakeholders. It is described as a roadmap for Cyprus to develop targeted actions and make effective use of available financial tools nationwide and on a European level, including the Recovery and Sustainability Fund.

State-owned operator Cyta continues to dominate the market offering a full range of telecommunications services. Following a government decision, Cyta is now required to denationalise its business to transform it into a more flexible and competitive telecoms firm, which presents an opportunity for foreign investors. The guidelines demand the company explore all options to achieve the end goal, whether it be through selling shares, creating privately owned subsidiaries or to privatise through a strategic partner or investor. The second largest operator is Epic, formerly MTN which was rebranded after a Monaco Telecom S.A. buy-out for €260 million in 2018. Other key players with a prominent role in the telecoms landscape are PrimeTel and Cablenet, a subsidiary of Maltese Go Plc which has increased its profits and expanded its customer base over the last few years.

Cyprus operators are constantly updating and evolving their networks and are currently updating their investment plans to embrace 5G infrastructure along with other European nations.

Telecom companies Cyta, Epic, and PrimeTel have been licensed to run pilot 5G programs. February 2021 marked the first time a 5G network came into operation across the island, set in motion by Cytamobile-Vodaphone. The development was described as marking the beginning of a new era in the evolution of communication.

The 5G network does not replace the existing 4G technology but complements it, and is has around 10 to 100 times higher data transmission rates than today’s networks, 1,000 times more data volume, five times lower network delay, optimised battery life of connected devices and significantly improved geographical coverage. These advanced next-generation services are poised to radically change all aspects of daily life, from work to healthcare, and to the development of smart cities and homes.

Cyprus offers optimal conditions for satellite communications thanks to its ideal climate and access to the geostationary arc from the Atlantic to the Indian Ocean. Due to its strategic geographical position in the most south-eastern part of Europe, Cyprus can also ‘see’ satellites located above Asia and Australia and gather data where other European ground stations have no communication. This has resulted in multimillion investments into Cyprus from satellite companies, which has supported the creation of an extensive and growing satellite network, as well as teleport sites and major satellite earth stations, to supplement the country’s efficient fibre-optic connections and provide integrated solutions for a reliable worldwide 24/7 connection.

A key player in the fibre-optic cable and satellite networks is Cytaglobal, which is a semiautonomous Strategic Business Unit under state-owned operator Cyta and specialises in providing global electronic communication products and services. Through its global network, Cytaglobal also provides a wide range of international telecommunications products. In 2020, the company announced its Makarios Teleport was certified and ranked as Tier 4 – the highest degree of excellence – by the World Teleport Association (WTA). The Cyprus teleport site is one of only 16 fully certified teleports worldwide to achieve a Tier 4 certification, and distinguishes it from other teleports in the Eastern Mediterranean region.

Another major player in satellite services is Greek-Cypriot consortium Hellas Sat, which was formed in 2001. This agreement helped put Cyprus on the global satellite map and was an important step in strengthening the country’s position as a successful regional satellite communications centre. In 2019, the company successfully launched its third satellite, Hellas Sat 4, into orbit. The launch started a new chapter in the space history of Cyprus and Greece with its mission to provide innovative satellite services and expand the operations of Hellas Sat in Europe, the Middle East and Africa – which will bring further geopolitical, technological and commercial benefits to both countries.

The new satellite will extend capacity and geographical reach to meet the growing demand for applications that include video, internet and mobile phone services, maritime connectivity, cellular backhaul, corporate networks and government services. It is also the most advanced commercial communications satellite ever built by Lockheed Martin.

Cyprus has been gaining ground in the field of space-tech services and has so far granted 10 licences to organisations to launch telecommunication satellites using space that Cyprus has secured through the International Telecommunications Union (ITU). The number of licences is substantial, as many countries in the world have issued only one license. The country’s economic benefit from these services is expected to multiply as more satellites are launched. This type of activity also boosts the prestige of Cyprus as a country engaged in space technology services, and its strategic advantages are increasingly promoted in a bid to attract infrastructure to Cyprus from the European Space Agency.

The growing sector has also inspired new endeavours on the academic front, such as the Eratosthenes Centre of Excellence (ECoE), created by the Cyprus University of Technology in 2018, to conduct research into space technologies. Its Excelsior project is motivated by the big European space programmes like Galileo and Copernicus and their downstream effects on European economy and science. The project’s vision is to establish the ECoE as a world-class Digital Innovation Hub (DIH) for earth observation and geospatial information in the next few years and becoming the reference centre in the Eastern Mediterranean, Middle East and North Africa (EMMENA).

Cyprus has already successfully capitalised on its location at the crossroads of Europe, Asia and Africa on many economic fronts, and can continue to strengthen its role as a convenient regional communications base of strategic importance. Developing digital policies that attract further investment are absolutely crucial in opening new avenues to take advantage of the numerous economic opportunities provided by the dynamic digital era.

Global demand for bandwidth is accelerating, with the rise in cloud computing, data transfer and storage, as well as the Internet of Things (IoT). Data centre IP traffic is also growing as more companies begin utilising data centres to cut costs and streamline workflows. This in turn will increase the demand on networks to ensure seamless and secure transfers between data centres and business locations. Privacy and security are the buzz words of the day with these developments and Cyprus will have to ramp up its efforts to meet these demands. With its infrastructure the country is well-placed to boost its competitiveness and realise its vision of a digital future if it stays on track and keeps up with the rapid evolution of the global communication and tech industry.

According to the European Commission, if the proposed measures to roll out 5G across Europe are implemented by 2020-2025, the EU could gain an estimated €113 billion every year, creating up to 2.4 million new jobs. This would also allow Cyprus to use all the available 2021-2027 funding tools to resolve main issues in its digital transformation – such as ultrafast coverage and take-up, high pricing and low digital literacy. The combined use of digital technologies with other emerging technologies will certainly bring new and innovative business models, generating competitiveness, jobs and growth for Cyprus.

Perfect time for Cyprus to join ESA, soon to know if we are alone in space 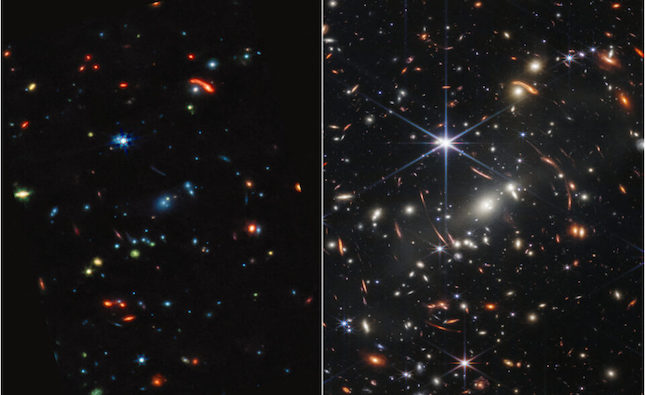 Cyprus should become a full member of the European Space Agency (ESA) as missions are close to determining whether we are alone in the universe, a re ... 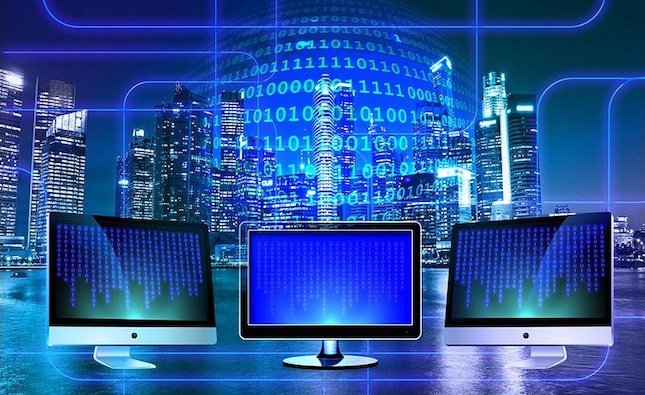 Cyprus has the second lowest coverage of very high-capacity fixed connections (VHCN) in the EU, after Greece, information released by Eurostat on Mon ... 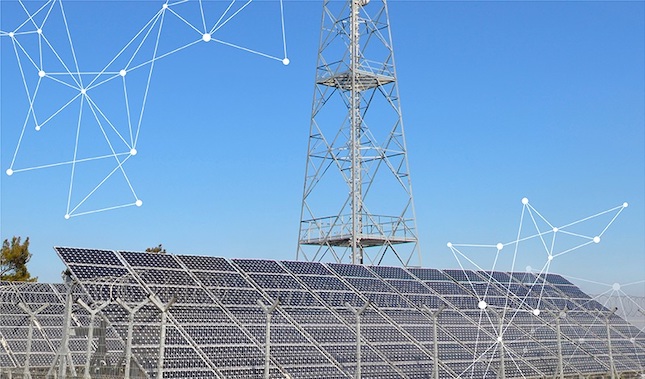 Telecommunication provider Epic this week announced that it is investing in green and sustainable development, with the ultimate aim being the reduct ...