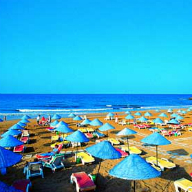 16% increase in revenue from tourism

October recorded a 16.6% increase in revenue from tourism, an encouraging development according to the Cyprus Tourism Organisation.

The 16.6 % increase in revenue from tourism recorded in October is a very encouraging development, Director General of the Cyprus Tourism Organisation Marios Hannides has said. In a written statement, Hannides welcomed the fact that income from tourism showed an increase of 16.6% in October this year compared to the corresponding period in 2012, saying this is a very encouraging development.

“This proves that despite any obstacles, the tourist sector resisted the economic crisis”, he pointed out.