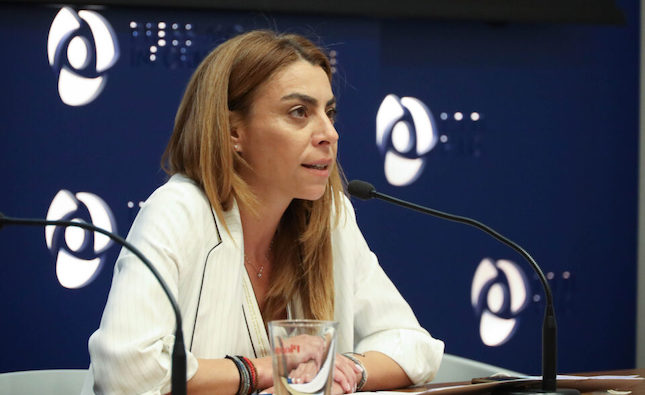 Speaking during the presentation of the €16 million subsidy scheme for children up the age of four, the deputy minister said the plan will be implemented during the coming school year.

“The plan is expected to have multiple benefits and contribute to the implementation of additional relevant policies promoted by the government,” she said, citing the broader demographic policy of the state.

Statistics for 2019 demonstrate the low birth rates on the island.

“It is imperative to find ways and measures that will contribute to restoring the population to normal replacement rates.”

Anthousi also explained that the Anastasiades’ government policy on social welfare issues is mainly based on facilitating people’s accessibility to the labour market.

She said that limited options for free or low-cost preschool education and care burden families, more so those of low or middle income, leading to one parent, usually the mother, staying at home to care for the children.

Another consequence is the declining rate of enrolment of children in pre-school institutions, which hinders the development of social justice and the social exclusion of children, Anthousi said.

The newly approved scheme allocates €16 million per year to fund up to 80% of the tuition fees for children up to four years old attending private and community nurseries and kindergartens, with a maximum amount ranging from €100 to €350 per child per month. It also provides for a special increased subsidy for children up to two years old, as well as for single-parent and large families.

Up to 16,000 children who have been approved for Child Benefit may benefit from the allowance, based on criteria of family income, family composition, age of the child and hours of schooling, Anthousi said.

The plan also takes into account the number of hours the children stay, with an additional subsidy of €50 per month for those who also attend in the afternoon (after 3.30 pm).

Information letters will be sent out in the next few days to families eligible for the scheme.

The allowance will be paid directly to the providers and not to the families, Anthousi said, adding that it was agreed that participating providers will keep tuition fees stable and not make any increases.

The plan covers the period 2022-2025, is co-financed by the European Social Fund under the Thalia programme, and national resources.

Meanwhile, another relevant investment project that has been included in the Cyprus Tomorrow recovery and resilience plan is also expected to help children and families.

In her speech, Anthousi made special reference to late Labour Minister Zeta Emilianidou who inspired and designed the scheme.

“It was known to all that the late Zeta was particularly sensitive and concerned about the protection and welfare of children and the strengthening of the institution of the family…the successful fulfilment of the objectives that she set and that we are now called upon to implement through this plan…will be the best memorial for her.”