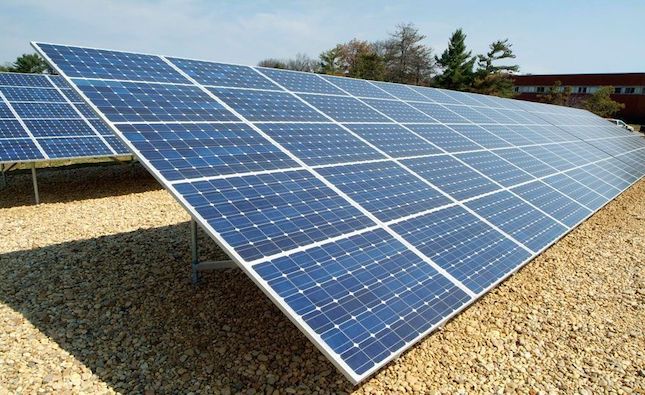 Cyprus Ministry of Defence has secured, through EU structural funds and in particular the Thalia Programme, €19 million to fund the installation of photovoltaic systems in National Guard camps, as part of its environmental and energy policy, pointing out that it is one of the largest and most energy-intensive organizations on the island.

The total capacity of these systems is estimated at approximately 12 MW, the Ministry said in a press release on Friday.

The project will start in early 2023 and is expected to be completed in 2027.

So far, the Ministry added, a system has been installed for the proper management of waste, energy saving and for the reduction of environmental pollution in six army camps.

Measures have also been taken to reduce the generation of waste at military camps, as well as measures for the proper management and disposal of hazardous and non-hazardous waste.

The Defence Ministry, following a decision by the Cabinet, has entered into an agreement with the Electricity Authority for the replacement, with LED type lamps, of almost all energy-consuming external lighting lamps located in National Guard camps.