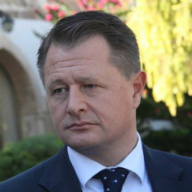 2015 a year for lending for Bank of Cyprus

Bank of Cyprus Chief Executive John Hourican said that the Cyprus economy is now within a state of political and fiscal stability, seeing the prospects for 2015 as positive.

He told a pre-Christmas gathering of associates, marketing and media executives that despite the new political crisis in Greece, the bank’s shares will be listed as planned on the Cyprus and Athens stock exchanges on Tuesday, December 16. This falls, coincidentally, the day before the crucial first round of voting in the Greek parliament for the new President of the Hellenic Republic.

“Greece and Cyprus nowadays share nothing more than a common language,” Hourican said, especially as Cypriot banks were thrown out of Greece after last year’s bailout deal concocted by the Eurogroup of Eurozone finance ministers.

He added that the new year will be “a year of lending” as the bank has already reportedly dished out some €120 million in fresh loans, an obligation it has yet to meet as part of funding it received from the European Investment Bank in order to prop up small and medium sized enterprises (SMEs).

Hourican added that the vast majority of the new loans are “serviceable”, in contrast to about 53% of the bank’s loanbook of €24.7 billion (as at September 30) that has been deemed as non-performing and placed under the charge of the recoveries division in an effort to collect or restructure.

As regards general prospects of the economy, he warned that Cyprus should seriously consider alternatives to supplement the tourism wave from Russia that may be impacted by the on-going crisis in Ukraine, “and we may miss out in the new tourist season.”

On Wednesday, Hourican and Finance Minister Haris Georghiades signed a memorandum of understanding, whereby the bank, that raised €1 billion in fresh capital in August, will provide free advisory services as regards the monetisation prospects of the recently discovered offshore oil and gas reserves.

The bank also underwent a major facelift in November when a new group of institutional investors, headed by fund manager Wilbur L. Ross Jr. and the European Bank for Reconstruction and Development (EBRD), pumped in €400 million and €120 million, respectively.

Ross also succeeded in headhunting former Deutsche Bank CEO Josef Ackermann as the new Chairman of the board, raising the bank’s image abroad.

The bank will re-list 8.9 billion new and old shares on both the Cyprus Stock Exchange and the Athens Stock Exchange, at an initial market price of 24c, the value offered to all strategic and retail investors. Most of the relisted shares are new titles split between the bailed-in depositors from last year and the strategic investors.

Bailed-in depositors, who saw 47.5% of their unsecured savings above €100,000 exchanged for equity, will likely be among the first sellers, in order to pay down personal debts or even guarantees provided to the bank itself, which in the absence of market liquidity has been extremely stringent in providing new facilities.

On the other hand, investors keen to “average up” their portfolios, many of whom saw their pre-2013 holdings reduced to less than 1%, could be on the sidelines, looking for buying opportunities, as a stock support mechanism has not been put in place by the bank or its trading arm, CISCO.