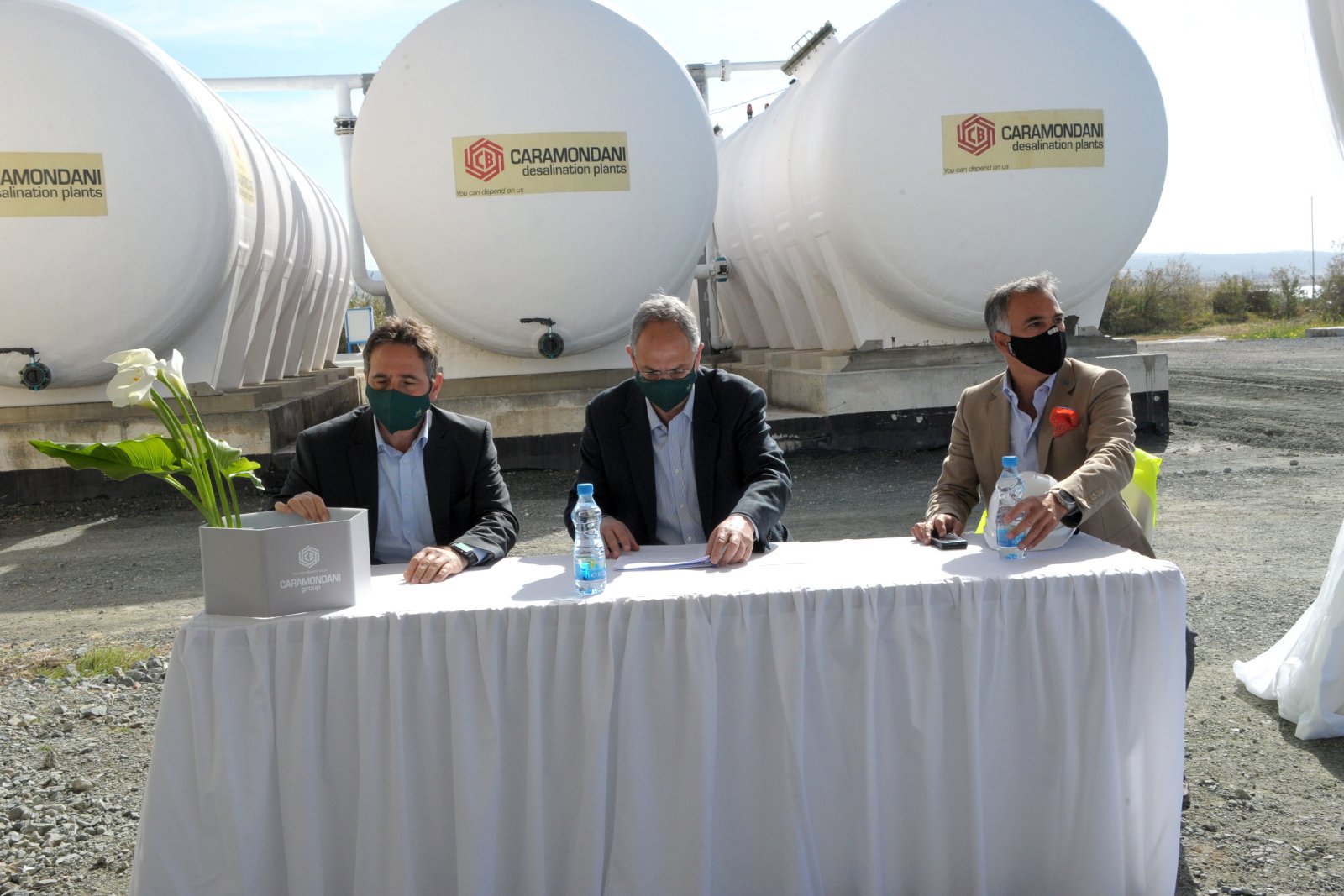 A total of 94 development projects costing €123 million have been carried out in Paphos in the last eight years, with another 46 worth €217 million underway, Agriculture Minister Costas Kadis said on Thursday during a tour of the district.

Out of the 94 projects, 27 concerned municipalities and were worth €62 million, 57 projects costing €33 million concerned communities, with €28 million spent on ten public service projects.

These projects will enable the economy to start a slow recovery out of this very difficult period, Kadis said.

The minister visited the Paphos desalination unit in Kouklia, where he was briefed about the progress of the project, which is nearly ready and awaiting the arrival of experts from Italy so that it can be handed over, epidemiological conditions allowing.

The specific project is the culmination of efforts from the agriculture ministry’s water development department to enhance water supply from non-conventional sources to the whole of Cyprus, he said.

Kadis added that the desalination unit, which is part of an islandwide initiative to upgrade development infrastructure, is an important step in tackling water scarcity in the Paphos district.

In combination with the other units, it will cover up to 80 per cent of the drinking water needs of large urban and tourist areas of Cyprus, satisfying to a very significant degree their increased domestic, business, tourist and agricultural needs, he said.

As a new addition to the Paphos district’s water supply sources, the plant will ensure the uninterrupted supply of water in the city, suburbs and communities of the district, Kadis added, explaining that the unit is estimated to supply more than five million cubic metres of drinking water annually.

The project is privately financed and will cover its construction within 18 months, and its operation and maintenance for 25 years. The plant has a maximum capacity of 15,000 cubic metres per day and can be on standby in periods of heavy rain, or operate in intermediate stages, depending on the available quantities of water at the Asprokremmos dam.

This project, he continued, is only one of multiple similar projects that have either been implemented or are being implemented in Paphos, which “create a very fertile urban, rural, fishing, tourist and business environment that will certainly contribute not only to the exit from the crisis, but also in shaping conditions for sustainable development and prosperity,” he said.

Today, plans for 46 projects with a total cost of €217 million are underway in Paphos municipalities and communities.

These include major improvement works to the road network of both urban and more remote areas, as well as a number of infrastructure projects, like a dialysis unit worth €4 million which is due to be finished by the summer.

Among the 24 projects underway, Kadis said, are a plan for the sustainable management of the Akamas National Forest Park, improved management for archaeological sites in Kato Paphos, the construction of the Geroskipou Health Centre and more roadworks.

The 94 projects costing €123 million that have already been completed, have changed the face of the city and province of Paphos, Kadis said, noting that along with changing its tourist character, they offer many prospects for further improvement and development.

He also assured that the aesthetic and functional improvement in the city will continue, further strengthening the local economy and the wellbeing of local residents.

Kadis said that several of the ministry’s projects are aimed towards helping farmers, reminding that in the past year €20 million was set aside to help the agriculture industry in light of the pandemic.

He then met with farmer representatives from several Paphos communities to discuss two further measures for their support, the first being the “Green Harvest” initiative, which will use €1.7 million to help vineyard growers, and the second €400,000 to support growers of deciduous trees in lower altitudes.