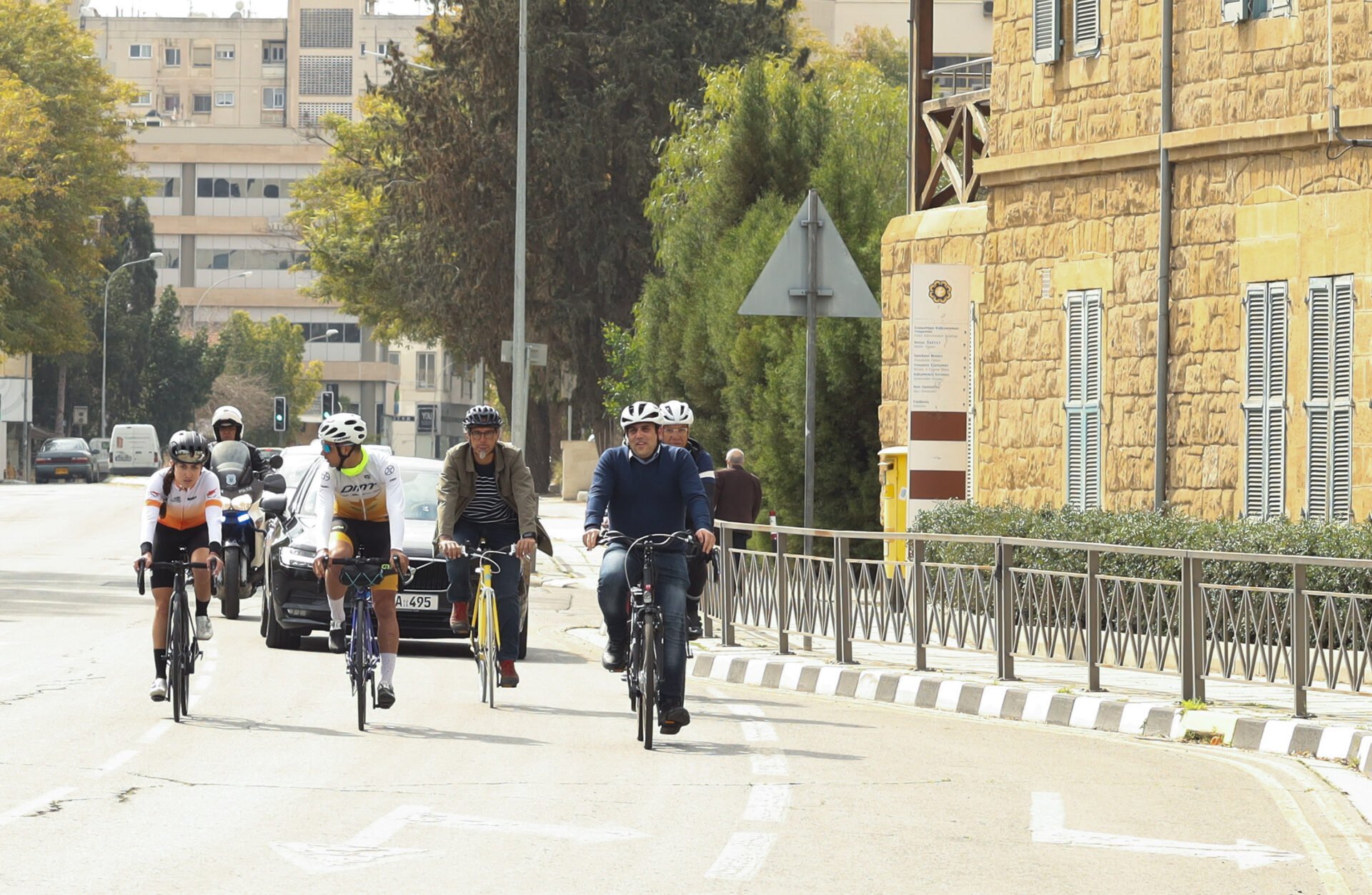 €4m scheme to promote bicycle as means of transport

Transport Minister Yiannis Karousos on Tuesday unveiled a €4 million, 17-point plan of action aiming to encourage cycling as an alternative form of transport.

He told a press conference that the programme was in line with EU initiatives to combat carbon emissions.

The ministry wanted to make the bicycle part of peoples’ daily routines as a safe and reliable means of transport, as well as for exercise and recreation. Cycling promotes quality of life, improves health, reduces emissions and urban noise, saves energy and contributes to decongesting traffic, he told the press conference.

“In a country such as Cyprus, with short distances and the Mediterranean climate, the bicycle can become an alternative option to get around, over and above being a means for exercise and recreation,” he said.

The €4 million scheme over the period of 2021-2023 provides for bicycle lanes, reducing the speed limit to 30 km per hour in neighbourhoods, town centres and other special interest areas so as to make them more bicycle-friendly and safer, traffic arrangements including the appropriate regulation of traffic lights, car-free Sundays, the rental of electric bicycles on favourable terms and free transportation of bicycles on public transport vehicles.

Also planned are a map with the cycling infrastructure that will be available on apps and covered and safe bicycle ranks.

Authorities will try to encourage employees to cycle to work with the construction of changing rooms at government buildings. In cooperation with the department of town planning and housing, changing rooms/shower facilities and bicycle ranks will be promoted for workplaces, malls, hotels etc. in order to encourage private sector employees to cycle to work.

Businesses that promote the use of bicycles by employees and have facilities to serve cyclists will receive a certificate that they are contributing to climate neutrality.

In addition, Karousos said that incentives and subsidies will be offered to buy new bicycles, while bicycle repairs will be subsidised.

A special website, Bike2Work will be launched to bring all the information together, free lessons offered on the traffic code and the correct use of bicycles, and signs replaced.

Finally, the state will buy electric bicycles – starting with 100 in the first phase – for use by the state services.

“With these actions, the Transport Ministry is launching the effort to change the culture of transportation and to bring the bicycle into peoples’ daily lives,” the minister said.