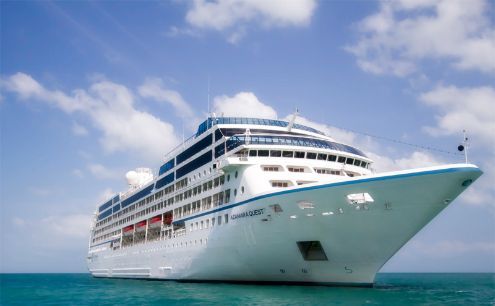 Between January and the end of September 2014, a total of 25 cruise ships arrived at Larnaca carrying around 33,000 passengers in total.

Two luxury cruise ships the MS Deutschland and the MV Deutschland are due to dock in Larnaca, which will help put the town on the cruise map, the mayor said.

“The arrival of cruise ships encourages other companies to include Larnaca in their programmes,” it said.

Larnaca Mayor Andreas Louroudjiatis said the municipality was undertaking continuous initiatives to attract cruise ships, adding that it was the municipality’s goal to develop the appropriate infrastructure that could serve to develop facilities further.

He said that between January and the end of September this year, a total of 25 cruise ships arrived at Larnaca carrying around 33,000 passengers in total, and since cruise ship arrivals would continue until mid-November, he estimated that passenger arrivals would reach the same level of last year – around 50,000 – most of whom visit the town centre and participate in organised tours in Lefkara and other areas.

The municipality has placed leaflets, maps and an information kiosk at the disembarkation point.

In cooperation with the bus company Zenon there are also regular scheduled routes from the port to areas of the town.