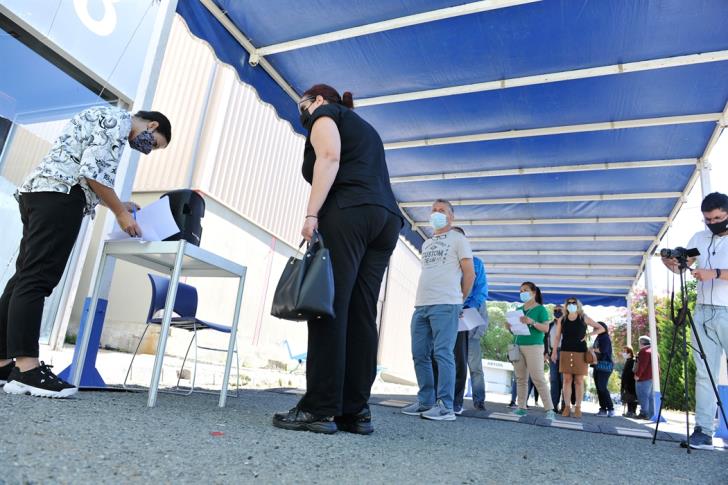 52% receive vaccine across Cyprus, as programme picks up

People’s positive response to vaccination allows the gradual implementation of a socio-economic restart and the lifting of all restrictions, the health ministry said on Saturday, as more than half the population have now received at least the first dose of the Covid vaccine.

The ministry notes that Cyprus is now getting increasingly closer to achieving its target of vaccinating 65% with at least the first dose, by late next month.

‘Cyprus’, it said, ‘remains in the top positions of the vaccination process, with 65,35 doses every 100 inhabitants, as a result of the cooperation and responsibility by an overwhelming majority of citizens, in facing the pandemic’.

The National Vaccination Plan is moving even faster, as the Health Ministry stressed, with vaccination appointments booked for all adults (18 and over), as the vaccination gate is also accommodating people of varying age groups who have missed their first opportunity to book appointments.

At least 52% of the population had received the first dose of the vaccine as of yesterday (384,890 people), significantly higher than the European average of 43.5%.

26.9% have completed their vaccination schedule (198,994 people), lifting Cyprus to third on the relevant EU list.

The fast pace of vaccinations has also led, according to authorities and epidemiologists, to the significant improvement of all indicators, including new cases and the number of those requiring hospital treatment.

This is relevant to both age groups and districts.

On the Astrazeneca vaccine, those who have received the first dose, are required to complete the schedule, barring serious side effects pertaining to thrombosis.

350,000 doses of all licensed vaccines are expected to arrive in Cyprus next month, of which 201 thousand are Pfizer/BioNTech.