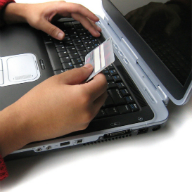 60% of Cyprus enterprises use social media

Almost 60% of enterprises in Cyprus use social media, according to figures released recently by the Statistical Service of the Republic.

The data are included in the annual survey titled ‘Information and Communication Technologies Usage and E-Commerce in Enterprises 2015’.

The survey covered 1.788 enterprises with 10 or more employees in specific categories of economic activity. The data were collected with personal interviews and the survey covered all the government controlled areas of the Republic of Cyprus. Τhe reference period was the year 2015.

According to the main findings, three out of four enterprises (75,4 % of the enterprises with Internet access) have a website.

The data show 13,6% of the enterprises using the Internet buy cloud computing services. The percentage reaches 32,8% in large enterprises, 17,7% in medium enterprises and 12,5% in small enterprises.