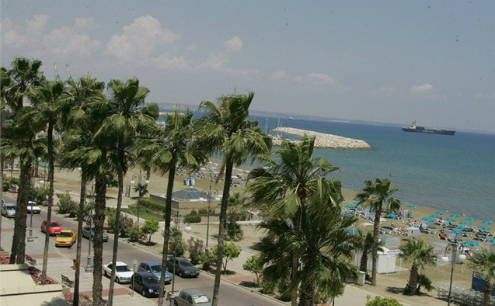 €80 million luxury hotel project to go ahead in Larnaca

Work is expected to get underway on a 5-star luxury hotel in the heart of the Larnaca seafront, a project that is “greatly desired by everybody”, said the town’s mayor.

Russian investor Nikolai Potapenko’s development company Lanomex is pumping about €80 million into the project that should be ready by May 2018 and will include a 22-storey luxury hotel, a spa, conference centre, apartments, commercial units, cinema and rooftop restaurant.

Mayor Andreas Louroutzatis said on Thursday that the municipality is proceeding with the required documentation and is waiting for the go-ahead from the Interior Ministry to sell a 938 sq.m. plot to the developer that will earn town hall some €5 million.

The developer has also pledged to spend a further €1.2 million to beautify the square in front of the project, currently housing the Hobo’s Café, the popular Hobos Steakhouse and a public playground. The property in the back, currently and open space parking lot and a few shops, was purchased from the Lefkaritis and Hasapis joint venture.

Mayor Louroutziatis said that the developer has already spent “tens if not hundreds of thousands” of euros on plans, feasibility studies and other work, hoping for the groundbreaking to take place early next year.

“We al want this. Larnaca needs a luxury seafront hotel, which will also be a jewel for Cyprus. Our town has been lagging in quality 5-star hotels, compared to other areas, while this investment is also a vote of trust in Larnaca itself,” the mayor told CyBC radio on Thursday morning.

Louroutziatis added that despite the negative publicity in parts of the press, “there is no conflict whatsoever with Interior Minister Socratis Hasikos. He was very right to send us a letter inquiring about the deal, as the actions of all local administrations are audited by this ministry.”

The mayor recently inaugurated the promenade that underwent a major facelift and now has a public pathway almost 3 km long, leading from the marina to the fishing shelter on Mackenzie beach.

Another project that could start soon is the redevelopment of themarina and port by the Zenon Consortium, a project that includes private developers, as well as the Larnaca Chamber of Commerce.

President Nicos Anastasiades met with the consortium partners last month and afforded them an extension to the end of the year to find the necessary funds to start the project, that had stalled on the lack of funds following the banking crisis last year.