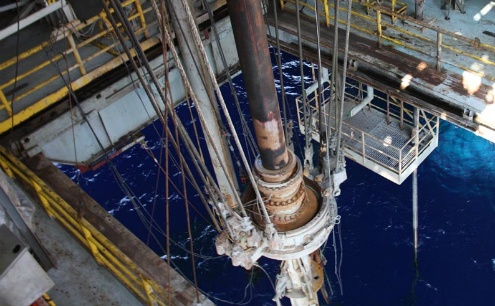 ‘A vision of peace and prosperity’

Natural gas and a Cyprus peace solution would provide “great” benefits to all Cypriots and help spread peace and security in the region, said President Nicos Anastasiades in an interview with Turkish daily Milliyet yesterday.

In the front page interview, the president’s first with Turkish media since taking office, Anastasiades spoke about regional gas cooperation, a Cyprus solution and his father’s relationship with Turkish Cypriots. According to Milliyet, Anastasiades said the exploitation of natural gas and a Cyprus solution was a game-changer, which could resolve the problems between Cyprus and Turkey, and lead to regional cooperation to the benefit of all. Given Cyprus’ efforts to exploit its natural gas, with a Cyprus peace solution, “The equation changes completely,” he said. “Cyprus may become a transit hub for natural gas for the wider region going in all directions. The market and the economy will propose the best solutions and not the military might of one or the other,” he said, in a likely reference to what has been described as Turkey’s “gunboat diplomacy”- sending out the Turkish navy to press its claims over natural resources in Cyprus’ exclusive economic zone. “In such a case, the benefits for the whole population of Cyprus would be huge. Our vision is the peace and prosperity of all the people in the region.”
Regarding peace talks, they will likely start in the autumn.

Anastasiades told Milliyet that there was no ulterior motive for the delay of a few months. He highlighted that all energy was spent on tackling the unprecedented economic crisis Cyprus is facing now. When talks will start, they should end with success, not failure, he said, adding that he did not want to act hastily by launching talks before he was ready. At the same time, Anastasiades said he was aware of the urgent need for a solution to the Cyprus problem.

Asked about his position on the Annan plan and whether he had changed since then, the president reminded that the Annan plan was proposed ten years ago, in different conditions and a different economic climate. “The Annan plan is now history,” he said, noting that not even its authors were trying to resurrect it. It helps no one to start discussion on the Annan plan, or to start peace talks from scratch, he said. The name given to a solution is not important, but its content is, said Anastasiades, who acknowledged that certain faites accomplis created on the ground are now irreversible. However, one could still have a vision for a solution that respects the human rights of Greek Cypriots, and Turkish Cypriots, is in line with the EU acquis, and is accepted by society, he said. Anastasiades rejected the argument that Greek Cypriots don’t want a solution, adding the pain and suffering of Greek Cypriots in 1974 must also be acknowledged.

Asked if he had any message for Turkish Prime Minister Tayyip Erdogan, he said a Cyprus solution would benefit all people on the island and was owed as compensation to those who suffered and to the new generations so they never have to relive the tragedy experienced by their parents. Solving the Cyprus problem would also have a positive impact on the people of the region, as well as strengthen regional security and world peace.

Asked about his own experiences growing up, Anastasiades referred to a policeman who went by the nickname Risoto. He told Milliyet that Risoto grew up in a village cohabited by a Turkish Cypriot man named Ibrahim Sahali who was like a father to Risoto. In 1974, the policeman received a call from Sahali asking him to help the village which was under attack by extremist EOKA members. Risoto went to the village and demanded that no one touch any Turkish Cypriot. “Risoto was my father,” Anastasiades told the paper.

Asked whether the president had linked gas exploration to a Cyprus solution, deputy government spokesman Victoras Papadopoulos said, on the contrary, the president’s statements delink the Cyprus problem with natural gas. “The processes for discovering and exploiting the natural gas resources are proceeding normally and they are not linked with a solution to the Cyprus problem.” Anastasiades’ position is that if a solution to the Cyprus problem is reached “in a just and balanced manner and in a way which will secure the viability of the solution, then and only then the paths will open for cooperation with whomever in the region,” said Papadopoulos.