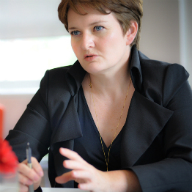 The global financial crisis continues to ripple its devastating after-effects, while regional economies, such as the European Union, scramble to find convincing answers to impossible questions.

However some experts believe that a lot of these meltdowns could have been prevented, or at least suffered milder consequences, had there been better rules to ensure ethics and transparency in the financial services sector and the individuals working therein. Perhaps ‘expert’ regulation is better than tight regulation, but whatever the outcome of this argument, professionals such as accountants, lawyers and financial advisers in Cyprus and around the world need to take a serious look at what needs to be done to fix the problem.

One of the people at the forefront of the crusade for high levels of professionalism and good corporate conduct is Helen Brand, OBE, Chief Executive of the Association of Certified Chartered Accountants (ACCA) for the past five years. Placing a high premium on the ethical aspect of practicing and emphasising personal responsibility in professional conduct, Brand, who was awarded her OBE for services to accountancy, aims to steer the organisation towards further growth by entrenching these values at par with professional competence. And she plans to do it all by relying on a ‘pull’ strategy. That is, by ensuring that her ‘product’ – as she calls ACCA members – is so excellent that ‘customers’ – employers – actively seek it.

“The biggest challenge we are facing is meeting the demand there is for professional accountants, particularly in emerging economies such as Indonesia, Bangladesh, Vietnam, Cambodia and, increasingly, sub-Saharan Africa. The skills that professional accountants bring are absolutely in demand and we’re working very hard to meet that demand.” Difficulty to change tends to grow exponentially with size, but Brand has managed to create a huge organisation that is unusually responsive and proactive – a flexible behemoth. Her and her organisation’s response to the lessons of the US 2007-8 crisis is telling: “A lot of the 2008 crisis is down to behaviour,” she says with a shrug, and, “I remember talking to a journalist at that time who said, ‘Why do you keep going on about ethics? I am not interested’ – it’s because ethics are absolutely fundamental!”

So how did that translate into action? “In the past few years we’ve increased the content around professionalism and ethics, we’ve introduced testing around integrated reporting, sustainability reporting and those newer concepts that are about the future of the profession. We no longer say ‘every seven years we’ll review our syllabus’, we do it continuously. We look at practical experience, we look at the ethics module continuously – so that ‘staying relevant’ is really critical.”

In Cyprus this week, she met with businessmen, the Finance Minister, the Accountant General, and the Institute of Certified Public Accountants of Cyprus (ICPAC), with whom the ACCA maintains a formal partnership for well over a decade. She aimed to get an on-the-ground feel of the business and regulatory environment. And now? “I can go back and tell everybody ‘get on with supporting the various parts of the Cyprus profession where we can be of help’,” she says with a smile, acknowledging that support is required, and that our economic outlook may not be as dire as some feared. The March 16 and 25 Eurogroup decisions were devastating to the Cyprus banking sector and the economy at large, but crying over spilt milk is no use.

“What we have to do is to ensure the sustainability of businesses in that environment. From our point of view it’s making sure that our students and members have been equipped to look at the long-term in the middle of a crisis”, Brand says, adding that “some of the broader policy framework, whether it be taxation or SMEs, is the policy framework we would recommend from our research.” Despite the circumstances the Cyprus economy has found itself in, the continuous development of the financial services sector can be 'part of the recovery plan', in Brand’s view.

Several challenges lie ahead, like the need for a concerted global effort to combat money laundering. Asked whether Cyprus has a money laundering issue, she declined to offer a firm position. “I’m certainly not going to come here to specifically criticise Cyprus because I think it’s a pressure that governments everywhere feel. There has to be an international response to the issue.” But what kind of contribution can Cyprus make to such a global effort, when its own people don’t seem to be able to work together even in crisis? We offered the ACCA chief executive a brief history of the persistent public rows between the current President and the Central Bank Governor and their respective predecessors – and asked her to comment: “I think the lines have to be clear, I think that’s the issue. What the Central Bank is responsible for and what it’s not, needs to be clearly defined for things to be effective. That’s what causes problems, when that clarity isn’t there.”

On the global debate of tighter-versus-lighter regulation of the financial services industry, she supports the former, while warning against overdoing it. “What needs to be recognised is that overregulation can actually dampen the spirit of entrepreneurship or wealth-creation that’s absolutely necessary for these institutions, so you could get into a vicious cycle of regulation-regulation-regulation and no economic productivity.” But she also speaks of the need for ‘expert’ regulation, which seems to be a nice way of criticising watchdogs for inadequate oversight, as “you need to look at those areas of particular risk and have the talent and capability within the regulatory framework to actually understand that risk, and then deal with it on a continuous basis in a very expert manner.”

Helen Brand is a strategist. One of the talents she was hired for by the ACCA is that of unwavering focus on the long-run, which she most decidedly possesses. Talking about the strains in the relationship between the president and the central bank chief, she commented on the fact that “in the UK there’s been a very clear division of responsibilities between the politicians and the central bank and that seems to have been a success”, obviously implying that Cyprus could (and should) look outward – to the UK, in this instance – if not for ready-made solutions, then at least for inspiration to come up with our own. Accountants, executives, leaders and businesspeople the world over could all do the same – turn their eye to the UK for inspiration.