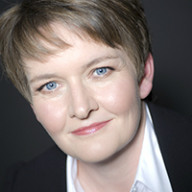 Cyprus is adhering to the highest possible international principals in accounting, and should use those standards to boost its economy as it starts to grow and leave recession behind, Helen Brand, chief executive of global accounting body the Association of Chartered Certified Accountants (ACCA) told the press.

Brand, who was awarded an OBE in 2011, was speaking during one of her regular visits to the island to meet with Cypriot accounting body the Institute of Certified Public Accountants of Cyprus (ICPAC) and other Cypriot members of ACCA. The global accounting body has members in 180 countries and offers globally recognised qualifications. It has around 3000 members in Cyprus.

“It really is important that Cyprus uses this resource of ethical professionals that it has within the community to drive its growth further and ensure that any bad things that happened aren’t repeated in the future,” she said.

Cyprus has recorded two quarters of growth since the beginning of 2015, meaning that it is now officially out of recession and on track to exit the Troika’s bailout programme in the first half of 2016.

Brand believes that one of the key factors in driving and sustaining growth is investment in talent, and added that the number of people applying for the ACCA qualification this year in Cyprus has risen by 14%.

She said a lot of businesses fail at the moment of growth because they haven’t geared up for it and can’t take advantage of the improving economic conditions. Finance professionals can take advantage of the risks and opportunities that growth presents while ensuring thatthe business is sustainable.

“Risk management isn’t just about avoiding risk, it’s about that calculated risk management that is going to allow you to grow and prosper,” Brand said.

“And I think that’s again where the profession can play an important role, particularly either in business or as advisors to small businesses, who will always be the backbone of generating jobs and economic growth for countries like Cyprus.”

“Obviously it’s a very dynamic global economy that we’re living in – I think the key is that people were waiting for the new normal post economic crisis, but that really doesn’t exist now,” Brand said. She said that China’s recent economic turbulence, including a loosening of controls on the yuan currency and extreme stock market volatility, is not a big cause for concern because the government has known for a long time that it needs to adjust the country’s economy to prioritise domestic consumption and rely less on exports.

“We’re seeing that coming through, and they knew it was going to be painful, but it will be managed. What they need are their skills, policies, frameworks and governance to allow it to happen,” Brand said.

A comprehensive approach to accounting in the European Union and the United States is a remote prospect for now, according to Brand, although ACCA has for decades promoted the global adoption of International Financial Reporting Standards (IFRS) and international auditing standards.

Russia and China use IFRS, and India confirmed its adoption of the system earlier this year, meaning that IFRS will likely become the standard in emerging economies and the future global economy.

“I think it’s a question of when rather than if the US joins, but I don’t see it in the short term – it’s not a political priority and it’s very difficult to achieve within the US political environment,” Brand said.

A harmonised EU tax base is an even more distant possibility. “We think that’s a very remote likelihood because it’s so politically charged in terms of individual governments wishing to retain control of their individual tax environments,” Brand said.