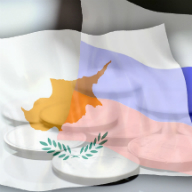 The Institute of Certified Public Accountants of Cyprus (ICPAC) said that action is needed to mitigate the impact on the local financial services sector from a recent Russian law cracking down on Russian offshore business.

Speaking at a press conference in Nicosia, ICPAC chairman Yiannis Charilaou said however that the negative consequences on Cyprus could largely be contained provided that current legislation and rules are swiftly updated.

Though he did not go into details, Charilaou said the institute would be working with the finance ministry on introducing new legislation.

One of the areas of concern relates to Russian tax residents with an interest in corporationsbased in Cyprus who, under the new Russian law must declare their earnings to Russian tax authorities and be taxed there.

Another relates to establishing the real tax residence of companies of Russian interests incorporated in foreign countries, which are required to demonstrate that they are effectively operating in the countries where they are registered, as opposed to being so-called mailbox companies.

There is also the issue of beneficial owners of a corporation, where earnings from a Russian company with a tax residence in a foreign country, but which earnings are derived from operations or investments inside Russia, will not be eligible for the withholding tax provided for in double-tax avoidance treaties between Russian and other countries.

Russian President Vladimir Putin recently approved a bill to ‘deoffshorise’ businesses. The new law is slated to enter into force on January 1, 2015.

According to the document, Russian shareholders will be required to pay taxes on the retained earnings of foreign companies in which they hold a controlling stake. This primarily applies to companies registered in offshore or any foreign jurisdictions. Its purpose is to crack down on the shadow economy in Russia and repatriate capital that was previously taken out of the country. The law is not without its critics, who warn that it threatens to increase the costs of compliance in all corporate structures and the structures of business owners.

The ‘Russia Beyond the Headlines’ news outlet, citing Natalya Kuznetsova, a partner at PwC and director of the International Tax Structuring Group, said the law could also affect the Russian middle class, many of whom have invested their savings abroad through offshore companies.