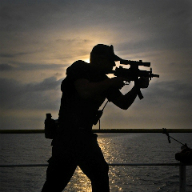 The Cyprus Department of Merchant Shipping (DMS) has licensed AdvanFort, a leading provider of maritime security solutions for the commercial shipping industry, to supply the services of armed and unarmed escort guards on those of its flagged vessels transiting piracy high-risk areas.

The decision by Cypriot authorities comes just six months following similar vetting and approval by the Panama Maritime Authority (PMA) to conduct counter-piracy operations aboard vessels flying the Panama flag. To date, 36 companies have received the DMS Private Ship Security Co. certificate starting from November 2012. “The increasing scrutiny by some of the most important European Union countries, of armed guards on vessels flying their countries’ flags, is already having its effect, and we are pleased to announce that AdvanFort continues to pass with flying colors,” said AdvanFort President William H. Watson.

“Coming after approval by the world’s largest flag state, our receiving the go-ahead by Cyprus - one of the European countries that is leading the movement for far greater standards and regulations for private maritime security companies - is a wonderful reflection of AdvanFort’s own rigorous quality management system.” Captain Watson added that the Cyprus flag is a high-quality one, offering numerous advantages to ship-owners who register their vessels in the Cyprus registry, which ranks tenth among international fleets and third within the EU, behind Greeceand malta. He noted that the Cyprus DMS that carried out the review process was at all times representative of the flag's renowned professional services

The Cyprus accreditation was announced just a year after the publication of The Protection of Cyprus Ships Against Acts of Piracy and Other Unlawful Acts Law of 2012 (Law 77/2012) in the official gazette of the Republic of Cyprus. "We have for some time sought to be in the lead of private maritime security companies in efforts to win regulatory compliance and the best-possible use of common 'lessons learned,' and the DMS accreditation is yet another demonstration to our clients and competitors of what drives us to succeed," Watson continued.

According to the AdvanFort president, the green light was given by Nicholas L. Charalambous, acting director of the Department of Merchant Shipping, and his staff, headed by DMS liaison Cpt. George Stylianides. Captain Watson pointed out that Cyprus, like Germany and Belgium, now favour increasingly stiff requirements meant to assure that best practices rule in their highly competitive markets. “Ship owners and operators have one more reason to turn to AdvanFort,” he concluded. “The Cypriot stamp of approval shows the uncompromising need to maintain highly proactive systems that ensure state-of-the-art standards.”