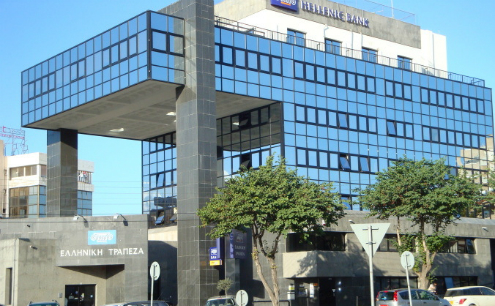 Hellenic Bank, the third largest in Cyprus, is considering making changes to its salary framework, a source familiar with the matter said recently.

“There are thoughts to do so but they are in a very early stage and there is nothing concrete to tell,” the source said.

A spokesman of the bank declined to comment. If the bank does go ahead and propose changing its pay scheme to bank workers’ union Etyk, it will be the second to do so after Bank of Cyprus. The largest Cypriot bank has already tabled such a proposal.

An official at Etyk said that the bank may propose its position in the negotiations for the renewal of the collective agreement just as the union has the right to counter propose, as provided by the industrial relations code.

Last week, Etyk said that Bank of Cyprus had proposed to compensate bank workers’ provident funds for losses suffered in the 2013 bail-in on condition that the union accepted changes in the remuneration scheme which would reduce its payroll by one fifth.

The union criticised the bank’s proposal as it would “pin down” the vast majority of Bank of Cyprus workers in terms of earnings and deprive them of further promotion.

In a statement on its website dated December 11, the union said that it wants to safeguard the principles of “objectivity, meritocracy (and) transparency) when it comes to performance evaluation and promotion and maintain ‘safety valves’”.

Otherwise, the union continued, “there will be distortions and gaps, and based on the bank’s rationale, we will be in a vicious circle where every new administration (of the bank) will have to change the remuneration system” of its predecessors.