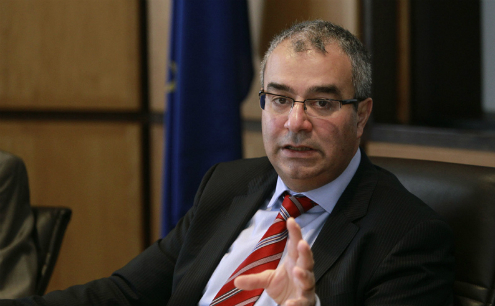 The Attorney-general refuses to confirm or deny reports that he was leaning towards instituting criminal proceedings against the Governor of the Central Bank Panicos Demetriades.

According to press reports, the AG believes he may have a case against the governor, and that proceedings could be launched ‘within days’. President Nicos Anastasiades had already been informed of the media reports. But a written statement from AG Clerides said:  “Because we have repeatedly been asked by the media to confirm or deny [these] reports, the AG would like to state that his office is trying to complete his duties in a confidential manner for obvious reasons.  Therefore any leak of any information false or true of the attorney-general’s intentions, does not mean he is obliged to confirm or deny any such publication.”

Last month Clerides asked police to take additional statements as part of a probe into an agreement between the CBC governor and a consultancy firm Alvarez and Marsal. The investigation was launched towards the end of October following media reports that Demetriades had agreed to pay A&M a 0.10% fee on any amount needed to recapitalise the banks, including when cash was seized from depositors. And the deal was allegedly signed after the Eurogroup decided to seize depositors’ cash to recapitalise banks. Last month’s instructions from the AG came after Clerides studied the investigators’ report.

An internal CBC investigation, leaked to the media late last year, concluded among others, that Demetriades had withheld information and agreements signed with A&M, misled the CBC board, committed millions that were not budgeted, and without the approval of the board signed an agreement to pay a success fee after the fact, and awarded jobs to one company without a tender procedure. A key finding of the audit relates to a deal between Demetriades and A&M, whereby the latter would be awarded a 'success fee'. The wording was subsequently changed to 'recapitalisation fee'. But A&M were also awarded the contract to negotiate the sale of Cypriot bank branches to Greece’s Piraeus Bank. According to the CBC’s damning report, the arrangement points to a 'huge' conflict of interest: “The lower the sale price, the higher the haircut and the recapitalisation fee claimed by the company.”