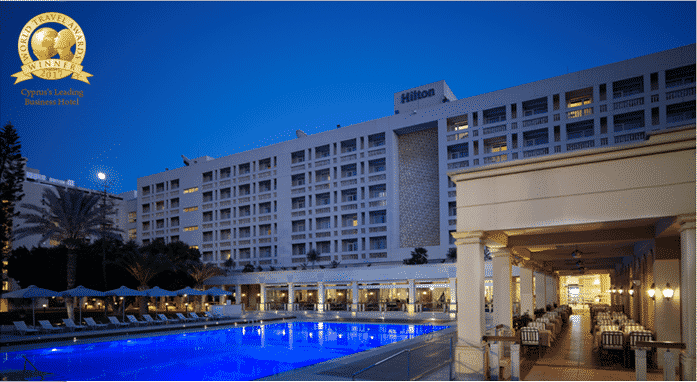 Agreement close for sale of Hilton

An agreement seems to have been reached between Greece’s Marfin Investment Group (MIG) and real estate investment company NBG Pangaea for the acquisition by the latter of the Hilton Cyprus, reports said recently.

According to press reports, after months of negotiations Pangea and MIG are close to striking a deal as soon as some details are ironed out.

MIG owns 75% of the hotel’s shares with the rest owned by the Louis Group. Hilton Cyprus, that has around 300 rooms and suites, is not expected to carry on under the same brand name.

Pangea also owns the hotel that used to be Holiday Inn, in the Nicosia centre, which it has leased to Zeus International. The hotel will reportedly be renovated and open under the name Wyndham.

Hilton is Nicosia’s only five-star hotel at the moment, although the Hilton Park, also in the capital, has already launched the procedure to acquire its fifth star.

The Hilton Park, owned by the Louis Group, said last year it was spending a total of €7m to make the necessary changes which are expected to be completed in May. The company is confident the hotel will then get the extra star.