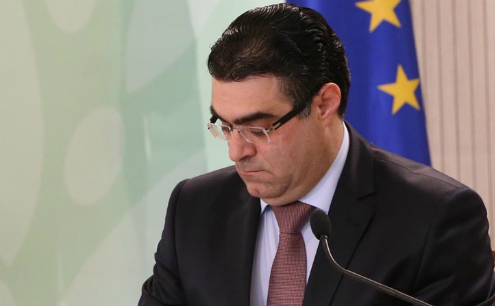 Agriculture ministry among first being scrutinised

A fact-finding mission is underway by World Bank experts in relation to restructuring the agriculture ministry.

Minister Nicos Kouyialis said that every department in his ministry was under scrutiny as of Monday with a World Bank team busy meeting with heads of departments and senior officials. “Obviously they have asked for our help to do their work in the best way possible,” he said. As part of an agreement to consult the government on restructuring the civil service, two teams of experts from the UK and the World Bank have arrived in Cyprus. Cyprus has committed to a number of sweeping reforms as part of the terms of a €10 billion bailout agreed in March.

To begin with, the World Bank has sent a team of 18 people to look at the ministries of health, education, and agriculture. Kouyialis said they backed a lean, productive and flexible civil service to respond to the public’s and the government’s real needs. The World Bank team has been asking questions about how the ministry is managed and works, he added. The minister said it was a two-way process that should bear fruit by next year. Final decisions on the ministry’s new structure and function should be taken in March 2014 and implementation is scheduled for July next year, Koyialis said. The agriculture ministry is the largest of all ministries in Cyprus “and most likely the most complex ,” Kouyialis said. “We will help them make the necessary incisions,” he added.

Meanwhile, the UK team of three also on the island is looking at civil servants’ payroll, their evaluation system and issues of staff mobility, issues cutting across varied ministries. An additional team is expected to arrive later in the month and will look into the Companies’ Registrar and local government.

The interior minister met yesterday with the municipalities’ union to discuss restructuring their function. The union’s head, Alexis Galanos, focused on tentative proposals he said were “on the right path” relating to the cash-strapped municipalities being able to pool resources together and offer services together, rather than individually. The union will hold an extraordinary general meeting next week.