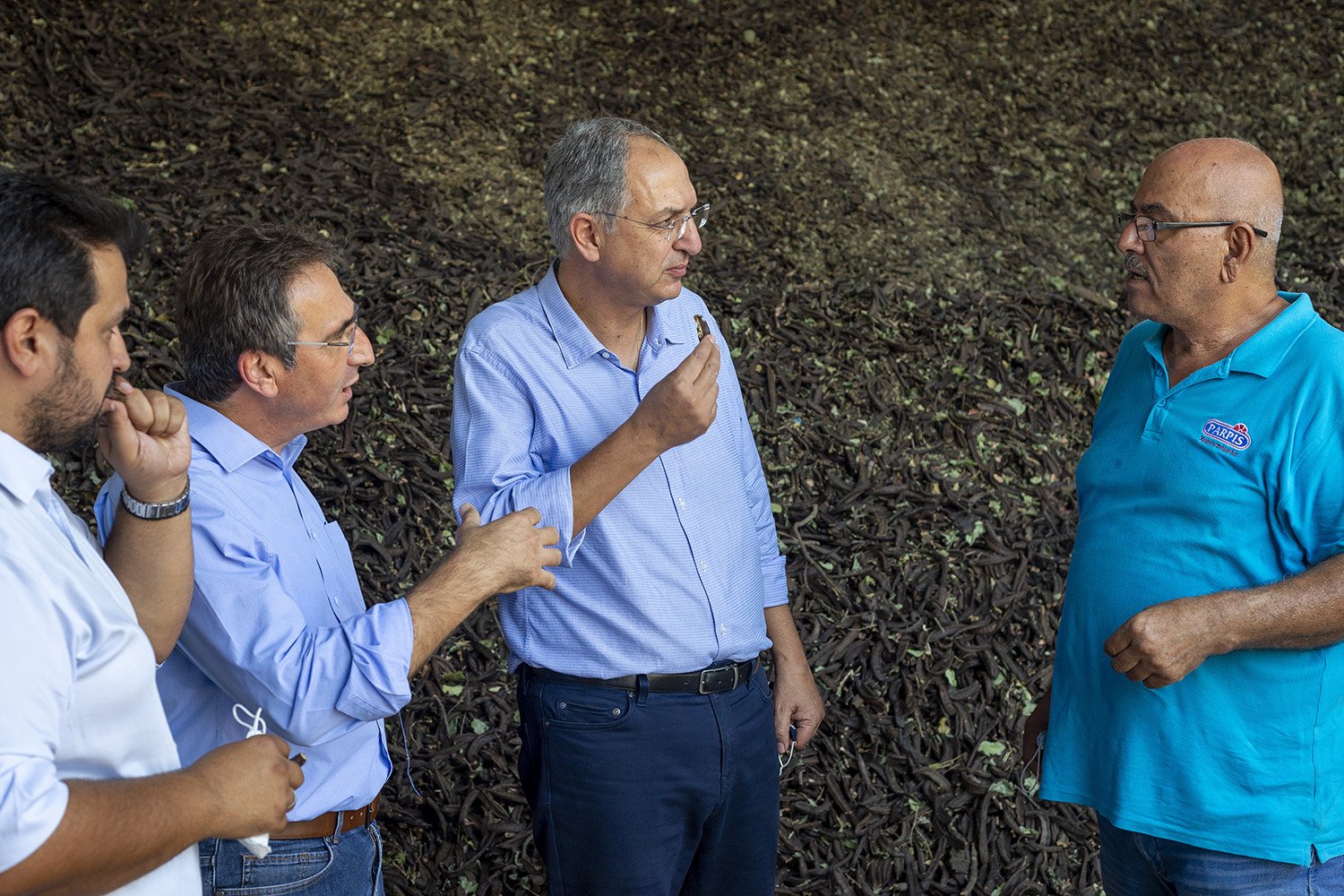 Agriculture Minister Costas Kadis said on Wednesday the government will introduce a series of measures from 2021 until 2027 to strengthen the cultivation of carobs in Cyprus.

Kadis was speaking from Ayios Silas in Limassol after he visited several companies involved in processing carobs and transforming them into marketable products.

“The government strongly supports carob cultivation, one of the traditional crops in our country.

“We are currently working on a comprehensive programme, a framework of measures that will take effect in the next programming period, from 2021 until 2027,” he said.

The carob tree has a special place in the Cyprus economy and culture, as it has been widely cultivated on the island and in other countries of the Mediterranean region since ancient times.

Kadis also said the government is standing beside Cypriot farmers as the new measures, which are yet to be revealed, will increase national efforts to protect carob trees in Cyprus and export its products at an international level more efficiently.

“Carob is an extremely sustainable crop, with many advantages, both economic and environmental,” he added.

“Proof of the growing interest in carob cultivation is the fact that in the last three years there has been an increase of 15% in crops, which have all been officially registered by the agriculture ministry.”