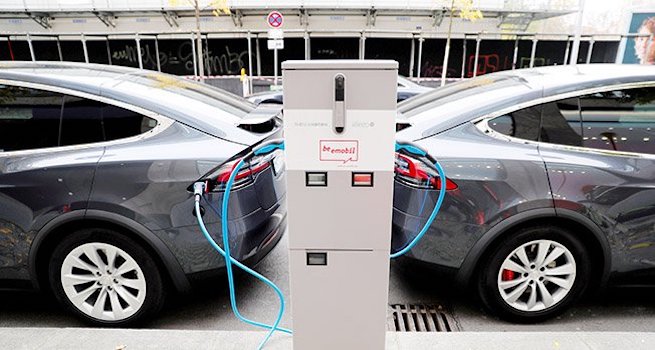 Cyprus aims to see electric cars make up at least one quarter of all newly registered vehicles per year by 2030, Transport Minister Yiannis Karousos said at the informal meeting of EU ministers of transport and energy in Slovenia.

The government is also hoping to have 1,000 vehicle charging stations by 2026, according to Karousos, who briefed his EU counterparts of Cyprus’ “ambitious” policy to promote electromobility.

According to an announcement on Friday, at the informal meeting, the EU’s Fit for 55 package was discussed, that concerns measures for a 55% reduction in carbon emissions by 2030, and net-zero emissions by 2050.

“We have set as a national goal for 2030, to have at least 25% of new registrations of electric vehicles per year. This number will increase by 50% on an annual basis,” Karousos said.

During the discussion on the development of electric vehicle recharging infrastructure, Karousos analysed the government’s policy which includes the development of the necessary legal framework as well as other measures, such as incentives and a monitoring system to achieve the objectives, also taking into account the need for cooperation between the public and private sectors.

He said that in addition to recharging points in homes, the goal was to have the more than 1,000 recharging points by 2026 in government buildings, businesses, hospitals, highways, public parking lots, restaurants, hotels and other places.

He said the extensive network of petrol stations in Cyprus will also be used and that the government is currently working on the necessary regulatory adjustments to allow these businesses to install recharging points using renewable energy sources.

In another event, Karousos said that Cyprus is considering the installation of photovoltaic panels on highways as a source of energy production. He added that, in cooperation with academic institutions, they would look into the possibility of these panels having a dual purpose and function also as noise barriers.

The minister said that the hundreds of thousands of kilometres of highways in the EU could and should be used as a source of energy.