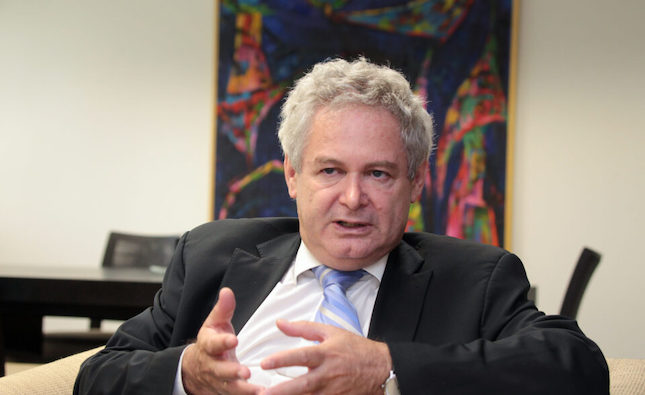 The central committee of left-wing opposition party Akel on Sunday voted in favour of Andreas Mavroyiannis’s candidacy for the 2023 presidential elections.

Mavroyiannis, who was the chief negotiator on the Cyprus issue since September 2013 before he resigned in April this year, citing the lack of developments in the negotiations, received 60% of the votes in his favour at Sunday’s meeting.

According to a statement released by Akel, 98 members of the central committee voted in the secret ballot.

Akel said the central committee’s intention “was and is the choice of an independent personality, known for their honesty and ability to address the political forces seeking change and the wider society of Cyprus in general.”

It is also mentioned that career diplomat Mavroyiannis has a rich political biography and international experience.

“He collaborated with a number of presidents while serving the country as a diplomat and negotiator. He is a profound expert on the Cyprus problem and is unwaveringly committed to the need for a solution to the Cyprus problem soon, on the basis of the bi-zonal, bi-communal federation,” Akel added.

The party’s central committee also took into account Mavroyiannis’s past administrative experience in the position as Deputy Minister during the Christofias government as well as his handling of the Cyprus Presidency of the Council of the EU in 2012, the statement concluded.

He must now be ratified at the party’s extraordinary congress, which will be held on June 5.