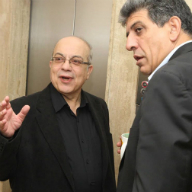 Parliamentary spokesman of former ruling party AKEL, Nicos Katsourides, officially steps down, as the party announces a change in the higher echelons.

Katsourides resigned his position as parliamentary spokesman, although he will remain an MP, as well as his position in both the party central committee secretariat and the political bureau, the highest body of AKEL. The move was largely expected, as Katsourides essentially retired from politics after his name was linked with the recent Dromolaxia scandal, involving the CyTA pension fund. Katsourides denied the charges and has taken legal steps against his accusers.

The Dromolaxia scandal is said to be behind another AKEL resignation, that of Venizelos Zanettos who was also a member of the party central committee secretariat. Zanettos, along with Christos Alekou were detained for eight days in relation with the case but were released without charges. AKEL stood by both members, with party leader Andros Kyprianou stating that the whole case was “a stitched-up operation, aimed at hurting the party”. The new members of the central committee secretariat are: AKEL MP Giorgos Loukaides, Stefanos Stefanou, former government spokesman for the Demetris Christofias administration, Neoclis Sylikiotis, former interior minister for both the Tassos Papadopoulos and the Christofias administration and Nikos Ioannou, Famagusta party district secretary.

Giorgos Loukaides was also voted in to the political bureau. The other newly elected members of the political bureau are; Toumazos Tselepis, who was a prominent member of the Cyprus problem negotiation team for both Christofias and Papadopoulos, AKEL MP Giorgos Georgiou, former presidential aid for the  Christofias administration Christos Christofides and Chrystalla Antoniou, Larnaca party district officer. The new members were elected after a secret ballot.