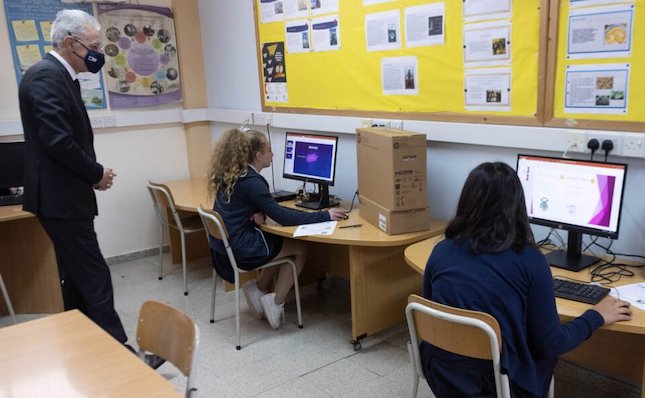 All schools to have air conditioning under new €100 million plan, Prodromou says

The education ministry has prepared a five-year programme costing around €100 million for air conditioning in schools, minister Prodromos Prodromou has revealed.

He told CNA the policy position was that there would be a plan to install air conditioning in all schools.

He said there was a scientific team at the ministry working in collaboration with the technical chamber Etek and the University of Cyprus. “A plan is being made for the conversion of the school buildings with interventions that will create a suitable bioclimatic environment and the corresponding thermal comfort,” he said.

A survey on air quality published at the beginning of this month found that classroom temperatures in the island’s primary schools exceed the recommended maximum limit on most days.

The survey, by the Cyprus University of Technology (Tepak), also found that in one third of the measurements for particulate matter inside the classrooms, the value exceeded the recommended limit.

A total of 42 primary schools from all districts were included in the study, to assess indoor air quality in classrooms from May to July.

Using questionnaires, school/classroom characteristics were collected and special sensors measured the levels of environmental parameters, which were assessed for 24 or 48 hours in outdoor and indoor areas (two classes per school) in public primary schools in densely populated areas.

The study was conducted between May and July 2021, when specific Covid-19 protocols were in place for schools.

The results showed that during the period of sample collection, natural ventilation of the classrooms with open windows and doors during class hours helped to maintain the ventilation index (CO2) at acceptable levels.

However, they showed that “for most of the school day (85%), the air temperature inside classrooms exceeded the recommended maximum limit (27C).”

“The 25 schools have been selected from 100. The project may then be extended to more,” he said.
In the meantime, he said the plan to place air conditioners in all schools would go ahead.

“Based on the study that was done and after consultations with the ministry of finance, a proposal will be submitted for approval to the Council of Ministers and the project should be included in the next medium-term budget plans. This plan will be announced within the next week,” he added.