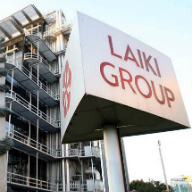 The government will set aside almost €299 million to compensate provident and pension funds that had money deposited in Laiki Bank, now in the process of being closed.

The scheme is part of Cyprus’ €10 billion bailout agreement with international lenders.It must be completed before the island receives the second tranche of assistance later this month. Deputy government spokesman Victoras Papadopoulos said on Wednesday the scheme must ensure that provident and pension funds that kept deposits in Laiki will be treated the same as those in Bank of Cyprus (BoC).

As per bailout agreement, 47.5% of deposits over €100,000 in BoC would be converted into shares to recapitalise the troubled lender. The government had said in the past that it aimed at limiting the losses to 25% of the amount each member would have received normally.