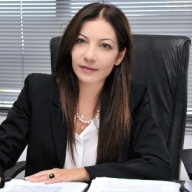 The introduction of alternative investment funds in Cyprus could cover the lack of finance that weighs on the Cypriot economy, Chairwoman of the Cyprus Securities and Exchange Commission (CySec) Demetra Kalogirou said recently.

Following the financial meltdown and the €10 billion financial assistance package in March 2013,which featured a haircut on deposits over €100,000 to recapitalise the island’s largest lender, the Cypriot economy entered a correction phase marked by lack of credit, in what the IMF has called a “credit-less recovery.”

“In view of the current inability of the banking sector to service the financing needs of the economy UCITS funds and alternative investment funds in particular can serve as a major alternative source of funding both from national sources and abroad,” Kalogerou said, adding that Cyprus is close to completing the regulatory and supervisory framework governing Collective Investment Funds.

She added that the growth of the Collective Investment management market can be an important factor towards restarting the economy and the promoting of Cyprus as an attractive destination. Furthermore the development of the collective investment industry is expected to facilitate quicker return to economic growth, creating many jobs and improving the general welfare of the citizens overall.

Noting that collective investment funds and UCITS are prevalent internationally, Kalogerou said that by December 2013, assets over €6,9 trillion are managed in Europe through UCICTS.

Noting that in other countries funding through collective investment schemes is very prevalent and widely used to finance long-term infrastructure projects such as ports and airports, Kalogerou noted that “many projects that are currently in the pipeline in Cyprus may prove very attractive to these funds to invest in, thereby enhancing efforts aimed at the economic development of the country.”

On his part, Minister of Finance Harris Georgiades said the government is committed to promote and support Collective Investment Schemes (CIS), adding that the framework for CIS will shortly be completed with the enactment of the law on the CIS.

“We believe that the industry can only develop and thrive in a well regulated framework so that it can achieve high standards and regulations,” he added.

Turning to the state of the economy, Georgiades noted that “despite the unprecedented difficulties into which the Cyprus economy was lead in the not so distant past, public finances and the financial sector are returning on a sustainable path and crucially confidence including international confidence is being re-established.”

He noted that despite the meltdown, the core strengths of Cyprus as a business centre have remained intact and the same goes for the competencies of the professionals, the robust and fully EU-harmonised legal and tax framework backed by a competitive corporate tax rate and an extensive list of double tax treaties.

The CIS prospect to act as an alternative source of financing was highlighted both by President of the Cyprus Stock Exchange Giorgos Koufaris and CIIM Director Theodoros Panagiotou.