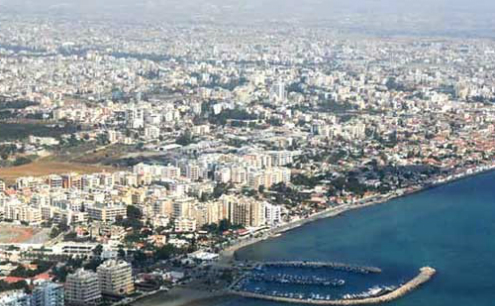 US firm Realty Group International (RGI) has announced plans to move forward with a proposal to build a ‘Super Casino’ on the outskirts of Larnaca that would be "a leading resort destination in Europe".

Realty Group International (RGI), a US realty company based in Beverly Hills, CA, has issued an announcement saying that they are currently focused on their properties in Cyprus and that they have put together a casino proposal package, which includes an initial pre-established consortium to be reviewed by Tourism, Commerce and Energy Minister Yiorgos Lakkotrypis.

Lakkotrypis had been tasked by President Nicos Anastasiades to advance the process of licensing a single integrated casino resort that will be the leading resort destination in Europe and amongst the best casinos in the world.

The Cyprus open bidding program for the first resort style casino to be located in Western Europe – which can be read direct from the ministry’s website – continues to generate interest from casino operators worldwide.

“The consortium consists of prominent institutions and key people already in place for any interested party to easily proceed into the bidding process which will conclude by May 2015,” read the announcement by RGI. “With several large plots of land and over 1 million sq ft on their books available for purchase for such a project; RGI is profiling their largest beachfront parcel that is eligible for the casino development.”

“Together with an economic restructuring in 2013, the privatisation of major ports and marinas and an election to a western style leading government, Cyprus is a much more appealing place to invest and an ideal travel destination.”

The planned super casino by the US firm is set to include malls, restaurants, shopping and entertainment venues “unlike any other in the EU or the Middle East and will rival someof the casinos currently seen in Las Vegas and is expected to attract an additional half to one million tourists a year”.

The location of the casino is set to be just shy of Larnaca Airport with RGI outlining specific details as to where it will be built. The location of the resort and its grand designs is similar to the plans previously announced back in 2009 by local tycoon Nicos Shacolas who – upon completion of the new Larnaca Airport terminal – spoke of his desire to build a grand casino where the old Larnaca airport is currently situated.

“Located across a prime coastal area of Larnaca, and boasting over 3.5 million sq feet of land, this property includes over 1,200,000 sq ft of buildable plots and over 1,000,000 sq feet of tourist zone areas that can be utilised for a golf course, gardens, water attractions, horseback riding, canals and more”, continued the announcement.

“Approximately 150 metres from the sea and four kilometres from the airport (noise study available), this is potentially the largest piece of land with road access that featuresthe natural “Salt Lake” famous for the “Flamingo” migration each year.”

“Some estimates, per an appraisal, are accommodations for a 900 room 5-star hotel, conference centers and large tourist attraction areas. This location, in addition, is open for discussions regarding partnerships or joint venture agreements.”

It added: “As the first and only American real estate company working in Cyprus, RGI has teamed up with key alliances on the island to ensure their clients the ability to provide the support needed for a project of this magnitude.”