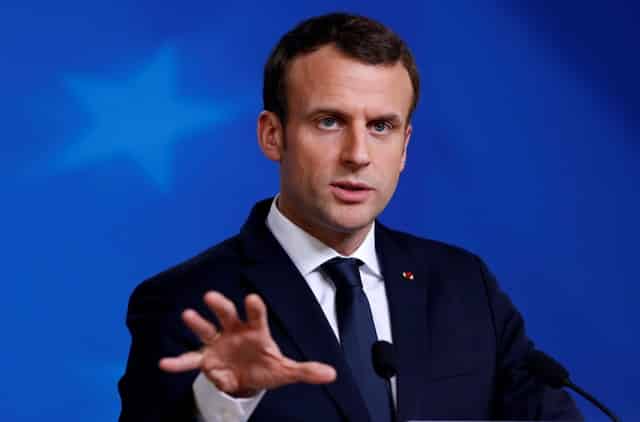 President Nicos Anastasiades and his French counterpart Emmanuel Macron discussed Cyprus’ energy programme, security and defence, as well as other bilateral issues during their recent meeting on the side-lines of the fifth Southern EU Countries Summit.

The focus of the meeting was energy issues and co-operation in the field of security. They also discussed the Cyprus problem. In addition, Cyprus asked for France’s support in view of the decision in October regarding the seat of the European Labour Authority.

The two sides are working on closer cooperation and possible agreements on energy and security.

Following their meeting, the two Presidents tweeted, with Anastasiades saying in his tweet in French that he was delighted to welcome his ‘friend the president to Nicosia @emmanuelmacron’.

He added that the two countries look forward to a close partnership and said that they had the opportunity to exchange ideas and further strengthen their bilateral relations.

Macron thanked Anastasiades and noted that Cyprus is hosting the summit of the southern countries of the European Union and that “together we will rise to the challenges of Europe”.

After the meeting, Anastasiades and Macron left for the Filoxenia Conference Center to participate in the 5th Southern EU Countries Summit later in the afternoon in Nicosia. This Summit will discuss the major challenges which the EU currently faces such as migration, Brexit, energy security, the 2021-2027 Multiannual Financial Framework, developments in the Eurozone and climate change.

Regional issues will also be discussed, including the Cyprus problem, about which Anastasiades will inform the other leaders of France, Italy, Spain, Greece, Portugal and Malta. A Joint Declaration will be issued after the Summit.