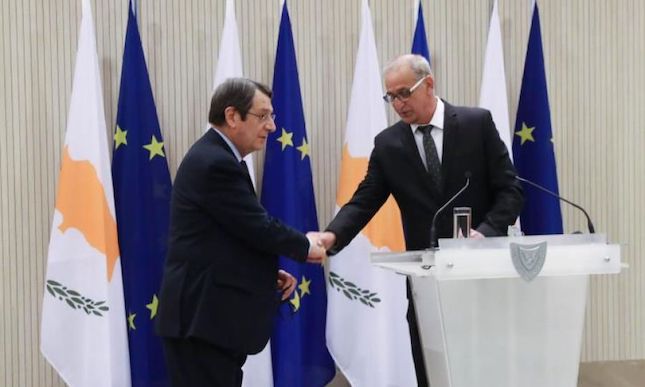 The President of the Republic, Nicos Anastasiades stressed on Monday the important steps that have been taken in the last two years within the framework of the Government`s strategic planning in the energy sector.

President Anastasiades was speaking at a ceremony at the Presidential Palace during which the member of the Cyprus Energy Regulatory Authority (CERA) Neophytos Hadjigeorgiou was sworn in.

In his address, President Anastasiades said that he proceeded with the reappointment of Neophytos Hadjigeorgiou, to the position of member of the Cyprus Energy Regulatory Authority, taking into account, apart from his academic knowledge and years of experience in energy issues, his great contribution to the multifaceted work carried out by the Authority.

The work directly related to the national goal, which was set to make energy a source of wealth, prosperity and security for the country and an instrument for green growth, he said.

President Anastasiades referred to the integrated strategic planning of the Government, which focuses on the creation of a competitive and healthy internal electricity market, the lifting of the energy isolation of Cyprus, the arrival and creation of a natural gas market, and the further penetration of Renewable Energy Sources in the energy balance of Cyprus.

The President noted the substantial steps taken in the last two years in the framework of the actions of this strategic planning. Among other things, he underlined the adoption of bills, concerning the regulatory framework for the operation of the competitive electricity market, the establishment of CERA and its Office as a single legal entity under public law, and the independence of the Cyprus Transmission System Operator.

President Anastasiades went on to say that the Government has additionally adopted the National Plan for Energy and Climate with a horizon of implementation in 2030, which is based on the recommendations of the European Union Green Agreement on achieving climate neutrality by 2050.

The Government also secured a grant of €657 million from the European Commission, for the construction of the electricity interconnection of Cyprus with Israel and Crete, called the "EuroAsia Interconnector", and another €100 million for the implementation of the national plan called "Cyprus - Tomorrow."