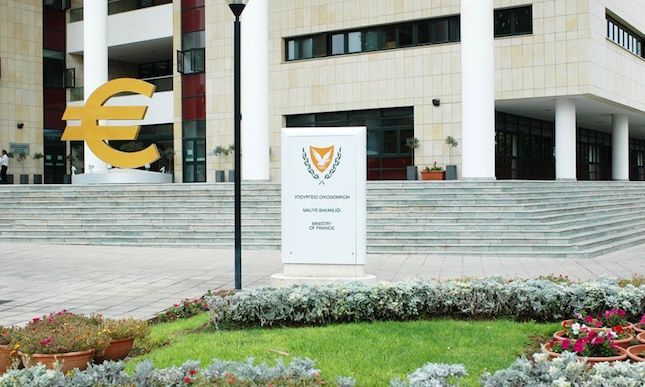 With the first €157m already paid in advance from the Cyprus Recovery and Resilience Fund, the country still has a long way to go to complete the reforms and investments required to unlock the next €85m which is due to be received in February 2022. The estimated total cost of the Cyprus recovery and resilience plan amounts to €1.2 billion, but the reforms and investments must be made with the milestones that have been set, and must also be completed.

Cyprus does not have to choose which reform to proceed with or "leave behind", but must, in accordance with the plan given and approved by the Commission, be implemented in their entirety. If a reform or an investment is delayed or for any reason does not proceed, then Cyprus is neither entitled to request a release of money, nor to proceed with subsequent ones.

The whole plan will be delayed, so the money that Cyprus should receive will be delayed in turn. According to the official document of the Fund Plan approved by the Commission, by the fourth quarter of 2021 (Q4 2021) Cyprus should have carried out 14 reforms and investments concerning energy, courts, circular economy and non-performing services, i.e. loans. Ultimately, the reforms and actions that should be completed by December will give Cyprus the right to request the next 85 million from the Fund, which will be received 3 months after completing the said reforms. Based on the Plan agreed by the Commission, a control and monitoring system would be a prerequisite for the proper functioning of the plan drawn up.

Consequently, the Council of Ministers decided yesterday, Tuesday 21 September, to create a separate Directorate of Recovery and Resilience in the General Directorate of EPSA, which will be the Coordinating Authority of the Plan. Its sole responsibility will be to coordinate and monitor the implementation of the Plan. Also, as stated after the Ministerial meeting, the Deputy Government Spokeswoman Ms. Niovi Parisinou, was appointed Directorate of Verifications and Certification of the General Accounting Office as a National Coordinating Body for verifications and audits which will support the Coordinating Authority. It should be noted that, in this context, the control of all procedures and expenses related to the project has already been approved by the Council of Ministers, by the Internal Audit Service and the Auditor General of the Republic.

The General Manager of the General Directorate of European Coordination and Development Programs, Mr. Theodosis A. Tsiolas, commented to "K" after Tuesday's decisions that careful work and continuous supervision is being done in all departments. At the same time, he noted that letters have already been sent from the Ministry of Finance to the parties, so that there is a representative per party to oversee all the milestones set for the Development Plan. Finally, he noted that a representative for supervision is expected to enter from the Speaker of Parliament, concluding by noting that "it is a difficult task, but with great benefits for Cyprus."

In order for Cyprus to apply for 85 million in February 2022, it must have put into motion by the end of 2021, a total of 14 reforms and investments. The first concerns the independence of the Cyprus Transmission System Operator (TSO) from the competent Cyprus Electricity Authority. According to the reform, the Electricity Market Regulation Law of 2021 should enter into force, which will facilitate the opening of the electricity market to competition and stimulate the adoption of RES in the following ways: a) achieving independence of the Cyprus Transmission System Operator (TSMK) by the competent Cyprus Electricity Authority (EAC) (governance autonomy, financial autonomy and independence of TSMK staff).

The second concerns the regulatory framework for energy storage and the modification of transmission and distribution rules and the rules of negotiation and settlement. According to the reform, the aim is to enter into force the amendment of the rules of transmission and distribution and the rules of negotiation and settlement, which will provide the necessary regulatory framework (market rules) and technical details that will allow storage facilities:

-To participate in the wholesale electricity market.

-Promote the development of an economically viable, efficient, secure and consumer-oriented electricity market, which will give priority to the production of electricity from renewable energy systems.

Fifth, the reform aims to encourage the use of renewable energy sources and energy savings by local authorities / the wider public sector, as well as by NGOs, and to facilitate the transition of local communities to climate change mitigation and adaptation. The first call for proposals to support local authorities in taking energy efficiency measures was published on the website of the Renewable Energy and Energy Saving Fund. The aim of the investment will be to achieve an average reduction of primary energy demand by at least 30%.

Sixth, on climate change, the reform concerns the strengthening of the isotopic database of traditional Cypriot products. In particular, the purchase and installation of new liquid chromatography - isotope mass spectrometer (LC-IRMS) equipment for isotopic characterization must proceed.

The eighth reform concerns the introduction of a new framework for the process of evaluating and selecting candidates to fill vacancies in the public sector and new regulations for evaluating employee performance. The main elements are: i) entry into force of a law providing for the evaluation and selection of candidates for filling promotion positions in the public sector, including managerial positions, with new merit-based criteria and methods based on objective evaluation, and amendment of the law on public and (ii) the entry into force of new regulations implementing a new performance appraisal system for civil servants;

The framework for the fight against corruption

Tenth reform, concerns the improvement of the legal and institutional framework for the fight against corruption. In particular, the law on transparency of the decision-making process and related issues, including provisions for the prevention of conflicts of interest, should enter into force. The law stipulates the obligation to disclose contacts between persons interested in participating in decision-making processes and officials or members of the public service or the wider public sector or officials for the benefit of officials who, precisely from their position, have the competence or ability to initiate such processes or to shape their content or to contribute or determine their end result. Information on such contacts.

Eleventh reform also concerns the improvement of the legal and institutional framework for the fight against corruption. More specifically, there is provision for the entry into force of a law to protect complainants who report cases of fraud and corruption from internal sanctions. The law contains additional provisions on the protection of persons reporting acts of corruption in the public and private sectors (complainants, persons not involved in the acts), in addition to the protection already provided for in the Witness Protection Law 95 (I) / 2001. The law also provides for lenient treatment for persons who engage in acts of corruption but report such acts to the police and / or cooperate with the authorities, resulting in a full investigation and prosecution of the offense.

Twelfth reform, concerns the framework and action plan for dealing with non-performing loans. Specifically, it concerns the entry into force of the following three laws: a) The law on the purchase and sale of credit facilities and related issues (amending) of 2021, which puts the managers of non-performing loans under regulation and supervision by the Central Bank; b) The real estate Property (possession, registration and valuation) (amending) law of 2021, which provides access to the Land Registry for non-performing loan managers and credit companies. The proof (amending) law of 2020, which harmonizes the notification requirements in case of purchase of a loan from a credit repurchase company.

Towards a digital age

The thirteenth reform concerns the digitization in various ministries / services of the central government. In particular, by the end of 2021 the storage system for accounting and other audits should have been advanced: information to monitor the implementation of the recovery and resilience mechanism (RRF).