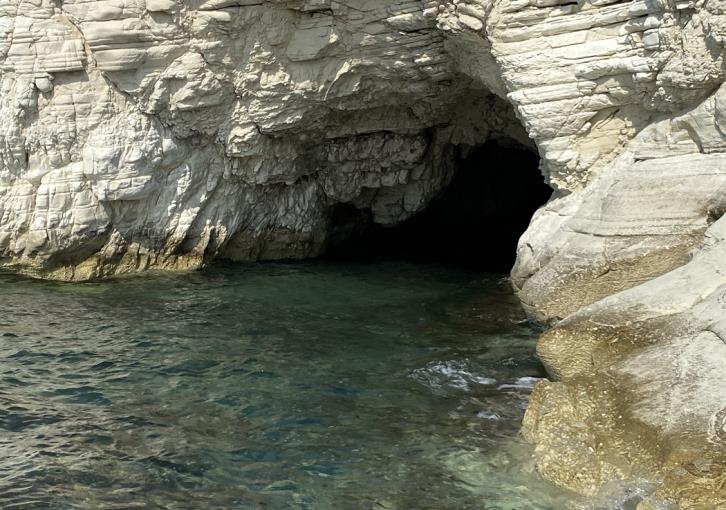 Minister of Agriculture Costas Kadis, visited a sea cave in the area of Ayios Georgios Alamanos in Monagroulli on Friday, to see the recently completed restoration works in person and to be briefed by the Ministry’s scientific team of future actions in the wider region.

The sea cave is already a refuge for the critically endangered Mediterranean monk seal (Monachus Monachus) with its current population counting less than 700 individuals in existence worldwide.

Today the Monk seal population counts 19 individuals in the sea area of Cyprus while the Egyptian rousette less than 1000 individuals total.

Up until last August, Monk seals visited the sea cave in Ayios Georgios Alamanos frequently, either to rest, or to seek shelter from storms despite the poor condition in which it was after being destroyed, thus posing huge risks for the rarest sea mammal of Europe.

The aim in restoring the sea cave is to protect the Meditteranean monk seal and create a suitable space in which it can reproduce as it is the most important coastal cave in the entire coastal area front spanning from Kavo Pyla all the way down to Akrotiri in Limassol.

After restoration works were completed a surveillance system was installed in the cave to help scientists observe what happens inside.

Both the monk seal and the rousette bat species are included in European Directive 92/43/EEC on the conservation of natural habitats and of wild fauna and flora and the National Law 153/2003 on Nature and wildlife protection and management, with strict safeguards in place as they are critically endangered species.