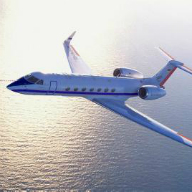 Another new Cyprus airline on the cards

A subsidiary of the Russian airline Siberia 7 is set to open in Cyprus by the end of 2016, according to news reports.

The new Cyprus based project will be named Charlie Airlines.

The company will have a fleet of two aircraft, which is expected to increase over time, the report added.

The airline is slated to launch flights in the fourth quarter of this year.

Siberia 7 – or S7 Airlines is headquartered in Novosibirsk Oblast, Russia, with offices in Moscow.

As of 2008, it was Russia's biggest domestic airline. Its main bases are Domodedovo International Airport and Tolmachevo Airport.