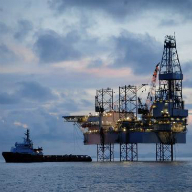 Noble and its partners are expected to formally declare commerciality for the Aphrodite gas field in April 2015, followed by submission of a Development Plan soon after.

A lot was said about this last month and periodically since completion of appraisal drilling in October 2013. But what does it all mean? What does Declaration of Commerciality mean? What is a gas project Development Plan? And what are the challenges Cyprus faces getting there? These are questions we will try to answer in the remainder of this article.

Declaration of Commerciality (DoC)
Discovery of a gas field during exploration is followed by appraisal drilling to determine gas quantities, composition, quality, etc. Following evaluation of the results, the field operator, in the case of Aphrodite, Noble, must inform the government whether the discovery is commercial and whether it plans to develop it. In other words the purpose of a DoC is to confirm that the gas quantities are sufficient to proceed to the next stage of commercial exploitation. The announced mean estimate of about 4.5 tcf gas makes Aphrodite commercial.

Normally the DoC is made before expiration of the appraisal phase, which for Block 12, given extensions granted to Noble and its partners, happens to be 2015. Hence the statements made last month both by the government and Noble that commerciality will be declared soon, probably this month, to comply with their contractual obligations.

This is effectively the stage of moving from exploration/appraisal to the production phase.

In reviewing the FDP, the government’s overall aim should be to maximise economic benefit, taking into account the environmental impact of the development. It should also ensure that it provides secure gas supplies to Cyprus consumers at competitive prices.

An important issue that needs to be resolved as we move into the development phase is that the Aphrodite gas field extends into a license located in Israel’s exclusive economic zone. Cyprus and Israel have been negotiating for quite some time on a framework unitisation agreement, which would include arrangements for distribution of reserves from any joint fields, such as Aphrodite.

The companies on either side of the EEZ line would then need to reach a corporate agreement with each other on the division of hydrocarbons and development of the field. This has yet to be completed for Aphrodite and may delay development if agreement is not forthcoming.

The planning of offshore oil and gas field development, especially in deep-water as in Cyprus’ EEZ, represents a very complex problem and involves multi-billion dollar investments.

Consequently, construction, installation and operation decisions in these projects need to be made carefully and timely.

Development of Aphrodite
Noble’s Senior Vice President Keith Elliott met last month with the President of Cyprus and explained the company’s plans to declare commerciality of the Aphrodite field and submit a Field Development and Production Plan to the Ministry, in a few weeks.

The preferred option is to export Aphrodite gas to one of the largely unused LNG plants in Egypt for liquefaction and export, but also for domestic consumption in Egypt and possibly Jordan.

These options were reviewed in detail in recent articles in the Cyprus Weekly. There are increasing challenges to their success, not the least being the recent acquisition of BG Group, which owns the Dike LNG plant, by Shell in whose strategy for the future Egypt is a low priority.

As a result, it is believed that Noble will keep all export options open in the FDP. In fact Noble’s approach may be to commit to develop the field and build the necessary production facilities, but leave it to the buyers to transport the gas to the final destination and provide the facilities to get it there.

Development operations must start within a short specified period after government approval of the FDP and work programme. This is important for Noble and its partners in that once the FDP is announced they should be ready to proceed. With so many uncertainties and challenges surrounding this development, this could be a challenge.

Challenges
With further drilling, and consequently potential gas discoveries, on hold for the foreseeable future, and probably for the next two years, Aphrodite is the only gas field Cyprus has to develop. But it faces a number of challenges. The export options for Aphrodite gas, and their pros and cons, had been examined previously. Such delays of course may have their upsides in that they facilitate resumption of Cyprus peace negotiations by effectively eliminating a thorny issue.

Noble, like most oil companies, is suffering from the impactof low oil prices. In 2015 it has focused on cost cutting and layoffs to cope with weaker revenues. With oil prices expected to take 2-3 years to recover, according to analysts, Noble is facing major downside risks due to the weakness of the oil & gas sector and development headaches with their US and East Med assets.

With such problems, Aphrodite’s development may not be Noble’s top priority. This, in a way, is reflected in its 2014 annual report where there is little reference to Cyprus, without any significant budgetary allocations. In addition, Noble is still looking to farm out about 30% of its stake in Block 12.

Aphrodite’s development plan as described in Delek’s 2014 annual report presents its own challenges. The report states that it “will include a preliminary plan for the establishment of a FPSO”. But the plan leaves it to the gas buyer, or other third parties, to arrange transportation of the gas to its final destination. With the preferred choice, Egypt, now becoming uncertain this plan will not enable Aphrodite’s development unless other gas sales arrangements are put in place. And as yet there is no Plan B, such as exports to Southeast Europe.

Good policy and planning could still have overcome these problems, but at present it is a challenge.