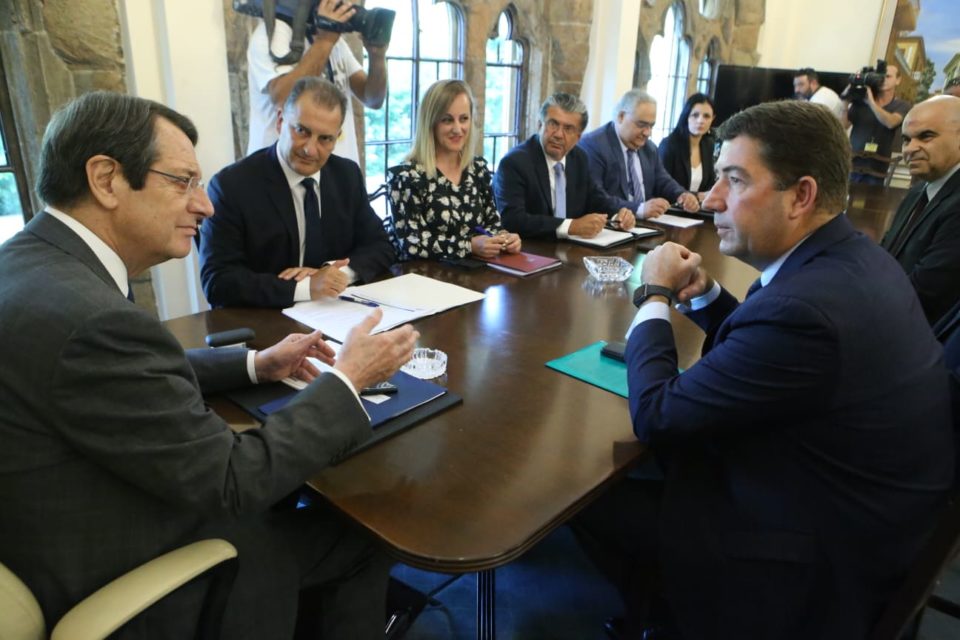 The government expects a joint venture of energy companies to submit a new development and production plan for an offshore gas field this week, with the first gas expected between 2020 and 2025, Energy Minister Giorgos Lakkotrypis said recently.

The minister spoke to reporters after a meeting between President Nicos Anastasiades and a delegation of the joint venture, Noble Energy, Delek, and Shell, which owns the Aphrodite concession.

A production-sharing deal for the Aphrodite gas reservoir worth over $9 billion (€7.9 billion) over 18 years was agreed between the two sides in June.

Lakkotrypis said a big effort was underway by both parties to reach a mutually acceptable text on the further development of the reserve.

The minister said the companies planned to drill a second appraisal well at Aphrodite to have a more accurate picture of the reserve’s potential.

The Aphrodite reserve is estimated to hold 4.1tcf of natural gas.