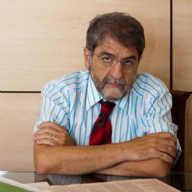 Appointment of co-ops chief confirmed by Central Bank of Cyprus

Dr Marios Clerides’ appointment as General Manager of the Cooperative Central Bank has been confirmed by the Central Bank of Cyprus.

Born on March 7, 1953, Clerides received his Economics degree from the London School of Economics and Political Science (LSE). He also received his Ph.D. in Labour Economics from the LSE in 1982. Upon completion of his studies, Clerides was employed by the Hellenic Bank Group to head its Programming and Financial Studies department. He went on to variously head the Marketing, Credit cards, Private sector investment, International transactions and Treasury departments. From 2001 to 2006 Clerides headed the Cyprus Securities and Exchange Commission (CySEC). He was subsequently rehired by Hellenic Bank to head its Risk Management division. He also took over the Group Strategic Development, Economic Studies, Corporate Governance and Compliance divisions. In addition to his other duties, Clerides teaches at the University of Cyprus as guest lecturer. In April 2013, he was appointed as member of the National Economy Council by President Anastasiades.