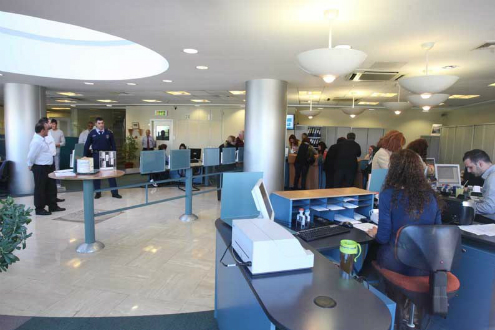 APS Holdings, one of Europe’s largest debt servicing companies, says it has been instrumental in successful efforts to combat the problem of non-performing loans in Cyprus and Greece’s.

APS Holding operates in 16 countries and employs over 1,000 professionals. The nominal value of the managed portfolios exceeds €8 billion.

APS Debt Servicing Cyprus undertook the management of Hellenic Bank’s NPL portfolio estimated at about €2.3 billion, and of real estate assets worth €150 million.

Moreover, it is managing the unsecured retail loans that APS Loan Management Ltd acquired from the Bank of Cyprus, worth €245 million.

Rotaru said that APS operations have been successful, as the company has met all the targets.

Since 2018, APS Holdings has been operating in the Greek market as well. In collaboration with IFC, EBRD and Balbec Capital, APS has purchased 120,000 customers’ consumer loans, worth €2.3 billion, from Piraeus Bank.

APS Greece is currently the major portfolio servicer with 40 employees and a number of collaborating law firms.