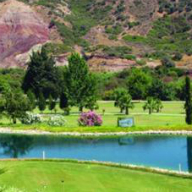 Shares in Dolphin Capital Investors Ltd (LSE AIM: DCI) continued to rise as a result and released the owners to seek new buyers, possibly at a higher price.

DCI reported a higher net asset value on Wednesday for the first quarter of its financial year, with the uplift mainly attributable to its share of the increase in the independent valuation of Venus Rock at Ha Potami, following the termination of a contract to sell the project to China Glory Investment Group by Dolphin Capital's 49.8% affiliate Aristo Developers Ltd.

Under the agreement announced last year by the former chairman of the Bank of Cyprus and Aristo Developers founder Theodoros Aristodemou, China Glory was to buy the Venus Rock development for €240 million.

In efforts to facilitate the sale, the Cyprus government relaxed the citizenship scheme for investors in March by reducing the amount necessary for foreign investors to secure a Cypriot passport to €2 million for someone participating in a collective investment worth more than €12.5 million. However, this relaxation expired on June 1, 2014.

In an announcement, Dolphin said: “Subsequent to the signing of the Venus Rock disposal agreement, CGIG has not met the contractually agreed payment deadlines for the project consideration, despite extensive renegotiations with Aristo to amend certain payment terms. As a result, Aristo sent a termination notice to CGIG, which became effective as of today (Wednesday).

“Aristo is contractually entitled to retain the deposit payments received to date from CGIG, totalling €5 million, in the form of liquidated damages for CGIG’s breach of the agreement, and has reserved its right to pursue further legal action against CGIG.

“Aristo has already been approached by two other interested parties for the absolute or partial sale of the Venus Rock project and is now advancing the discussions with them.

“Most importantly, Aristo will now recommence the sale of Venus Rock plots and homes, a major component of Aristo sales, which have been halted for the past year due to the transaction with CGIG.”