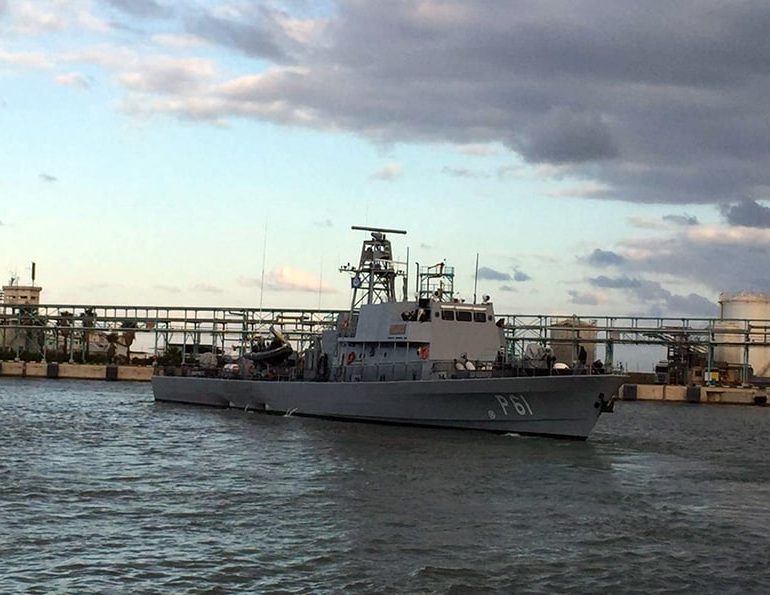 Cyprus’ first offshore patrol vessel (OPV) which was built in Israel has arrived at Larnaca port, it emerged recently.

According to the defence ministry, the official ceremony for enlisting the vessel in the National Guard will take place on January 15, at the Evangelos Florakis Naval Base in Paphos.

Defence Minister Christophoros Fokaides was in Israel last September to attend the launch ceremony for the OPV, which was being built for Cyprus. The vessel was bought as part of a bilateral agreement and was constructed in Haifa’s shipyards.

It is 62 metres long and eight metres wide, weighs 450 tonnes, can reach 2,500 nautical miles and has a speed of 32 knots. It is equipped with automatic guns and is capable of carrying anti-aircraft missiles.

The vessel is expected to strengthen the navy and enhance the role of Cyprus as a security contributor to the wider region.

Fokaides had said during his Israel visit last September that with the new patrol boat, Cyprus would be able to better respond to the new challenges facing maritime and energy security as well as to address humanitarian crises. Reports have put thecost at €44m.

The notion of buying Israel patrol vessels was first mooted during the previous administration but plans were shelved in 2013 due to the financial crisis. The move went ahead again in late 2015 and early 2016.

Thirty members of Cyprus’ navy have been in Israel since September, receiving training for the OPV.