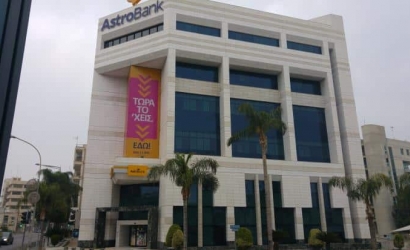 AstroBank said recently that it signed an agreement to acquire the operations of USB Bank, including its staff but excluding certain unspecified assets for an unspecified consideration.

The agreement that will allow AstroBank to increase its balance sheet by 55%, “is expected to be completed before the end of the year following the necessary approvals from the regulatory authorities and completion of other formalities,” the lender said.

“The transaction will be financed from own resources and supported by a capital raise, primarily from AstroBank’s existing shareholders, currently at its final stages of completion.”

AstroBank, the product of the acquisition of the operations in Cyprus of Greece’s Bank of Piraeus by a group of Lebanese investors led by banker Maurice Sehnaoui completed last year, strengthens its position on the Cypriot market with the USB deal. Sehnaoui is also shareholder of Lebanon’s BLC Bank SAL which in 2010 bought out USB Bank.

AstroBank’s total assets will increase to €2bn, including gross loans of €1.2bn, while its customer deposits and equity to €1.9bn and €160m respectively.