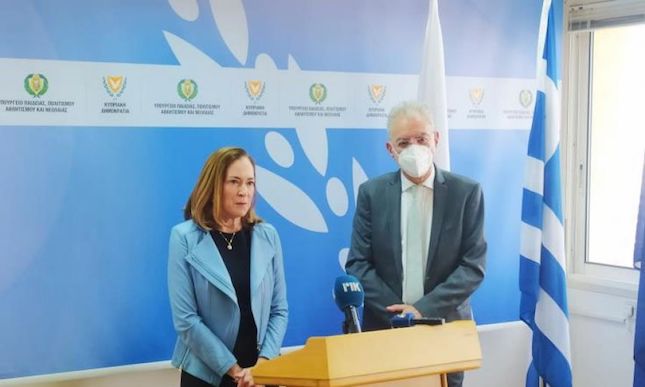 Education Minister Prodromos Prodromou praised the deepening ties with the US and hailed Friday’s ceremony to formalise the agreement establishing an American University of Beirut campus in Paphos.

Speaking on Thursday with US Assistant Secretary of State for Educational and Cultural Affairs Lee Satterfield, Prodromou said that Cyprus-US ties already run very deep but that there is always room for them to grow further.

The pair met at the education ministry, where Satterfield said that: “we can unite our common values through programmes that include direct links between our communities,” as she referred to programmes such as Fullbright.

Particularly important for Cyprus is that the American University of Beirut (AUB) is set to establish a €29 million campus in Paphos next year and mark a new era for the city, according to the district’s mayor, Phedon Phedonos.

Speaking to reporters last week, Phedonos said the municipality will sign an agreement with AUB to grant it a specific building complex on Apostolos Pavlos avenue (former Haroupomilies). A government-owned piece of land just across the road will soon be granted as well, he said.

The investment in the project, which were submitted to the municipality following a cabinet decision, amounts to €29 million, the mayor added, with construction work expected to start in June-July.

The aim is to enrol the first first-year students in September 2023, Phedonos said, and to host up to 2,000 students in the coming years.

Operating according to American standards, the university will offer three branches of study, in computer science, economics and business and civil engineering.