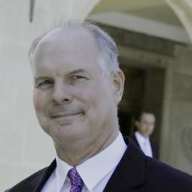 Following the discovery of hydrocarbons offshore Cyprus, Austrian Ambassador Dr Karl Mueller has said that the island has a great potential and future role in the energy sector in Europe.

"For instance, the states of central Europe show great interest in what Cyprus and the Eastern Mediterranean basin have to offer. In which way this gas can be brought to central Europe, to Europe in general, is of great concern and very interesting.

One cannot prejudge what the best solutions will be, they will be dictated by politics and economics, but whatever it is, pipelines, LNG, CNG etc, it will be of great use to Europe,” Mueller said in an interview with the Cyprus News Agency.

Referring to the Cyprus issue and developments in the energy sector, he said that they "are not directly linked, certainly not, but they can be indirectly.”

"I think that according to the opinion of all EU members states, it looks likely that the gas and oil could be a very conducive element to increase the chances and the possibilities of an agreement. We believe that cooperating on the gas would provide a very strong impetus and economically compelling argument to find an overall solution, for the two sides to work together,” he told CNA.

He added that Austria is interested in continuing to invest in the Cypriot energy sector and in continuing its fruitful overall cooperation with Cyprus, which includes, among other matters, the building of water treatment plants.

As regards the fenced – off area of the Turkish occupied town of Famagusta, called Varosha, the Ambassador said that Varosha, which remains uninhabited since the Turkish invasion in 1974, is "ideal for a Confidence Building Measure.”

"But obviously”, he said, "it is not a subject for a full-fledged return tomorrow to the former owners and inhabitants. Only a step by step approach will work and makes any sense.”

He expressed support to any "projects, which aim at preparing integrated plans for the whole of Famagusta, of rich uniqueness with all its various parts, for the hopefully close time of a solution of the Cyprus problem.”

Referring to Famagusta, he said that "if one can, at the same time, as a collateral benefit, learn from the mistakes of the past and transform it into an eco-city of the future with a very high standard of living and a unique tourist appeal – why not? It is for the benefit of all its (future) inhabitants.”

He also expressed the opinion that local developments in Famagusta or Nicosia, impacting directly on the daily preoccupations and lives of the people who formerly lived side by side, are probably of equal if not greater overall importance than developments in the arena of national politics.

As regards the Cyprus issue, the Ambassador underlined that his government fully supports the on-going negotiation process, adding that any agreement on all issues which is fully supported by the two sides is welcome to Austria.

"Cyprus as a whole and especially its young people stands to gain enormously politically, economically and socially by such an agreement,” he pointed out.

"The EU will try to get more strongly involved. The key person will remain the European Commission President’s envoy on Cyprus Peter Van Nuffel, mainly on matters of the existing acquis. But the EU might also have an enhanced role in advising the Turkish Cypriot side on how to transpose the EU legislation,” he said.

Asked to comment on the recent decision of the European Court of Human Rights, which ruled that Turkey has to pay €90 million to the Republic of Cyprus for the violation of human rights during and after the 1974 invasion of the island, the Austrian Ambassador said that "this is a significant development, if not a very important landmark decision which took a long time in maturing.”

He also stressed that "such decisions are normally respected by all who have submitted to the courts’ jurisdiction.”

Dr Mueller noted that it is "of paramount significance to address the wrongs of the past but also the continuing and likely damage of not reaching a solution soon and the potentially enormous benefits of reaching one.”

As regards Austria’s stance on Turkey’s EU accession negotiations, he said that Austria has not changed its fundamental position from 2005, which leaves open this question, whether there should be a privileged partnership or another relationship of a privileged kind or full membership.

He said that Austria "is very much in favour of continuing the negotiations” but pointed out that the Austrian public is quite sceptical concerning Turkey’s full membership.

Dr Mueller said that Austria is one of the very few countries with a necessity of a referendum on this "and we would like there to be a situation and a result of the overall accession process which can be approved by the Austrian population.”

Asked about the issues on which Turkey’s EU accession depends, he said that Ankara’s obligation towards Cyprus is one of many conditions.

"It depends on the continuation and the overall result of the negotiations. Part of the equation is also an overall normalized relationship with Cyprus. But this is one question of many which will play an important role in the negotiations,” he noted.

Referring to last year’s Eurogroup decision on Cyprus, he said that "with hindsight, some things might have happened and been done differently” and added that the important thing is that Cyprus, "though hardly in a better state yet”, is, "in an excellent shape to start growing again.”

"It has recently convincingly shown that certain indicators are improving and that growth may return in 2015. Measures to reduce unemployment will be paramount from now on,” he pointed out.

Referring to bilateral relations, he said that the political relations between Cyprus and Austria are excellent; adding that there is a lot of potential for additional cooperation is the economic field, like joint ventures in tourism, environment, energy, research, development and innovation.

He also said that in education if the two countries cooperate more in the domain of research, science and innovation, in the framework of the HORIZON 2020, many more opportunities and an increased awareness of these possibilities to exchange more teaching staff and students than now would follow.

The Ambassador noted that every year, over 20,000 Austrian holidaymakers come to Cyprus and that their number has been on the increase lately. "We are trying to activate the touristic and other exchange of people,” he said.

As regards cultural exchanges, he said that the ‘Gervasi Tanz Company’ will participate in this year’s European Dance Festival in Cyprus to take place in June.