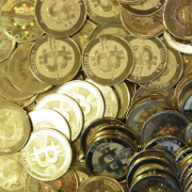 Authorities warn over use of bitcoin

Authorities issue a fresh warning concerning the potential dangers associated with digital currencies as parliament called on the government to put the necessary safeguards in place to protect the public.

In a joint statement, the ministries of trade and finance, and the Central Bank warned that people could lose their money by investing in digital currencies like Bitcoin. Digital currencies can be bought directly from a peer or through an exchange platform, they said, adding that one such platform collapsed recently, costing investors a lot of money. “There is no specific legal protection in the event of an exchange platform losing money or collapsing,” the statement said. Authorities said the digital currency could also be stolen by hackers while its value could fluctuate rapidly or even be wiped out. There was also a high risk of it being used in criminal activities, including money laundering, the statement said.

The warning follows discussion of digital currencies by the House Trade Committee, which called on the government to put a framework in place to protect the public. “As a state, we ought to seek the framework of safeguarding all citizens as well as all those who trade in Bitcoin,” DISY MP Kyriacos Hadjiyiannis said. MPs heard that Cypriot authorities were waiting for the EU to decide on the matter. Meanwhile, people must be “extra careful and keep themselves informed before making their choice,” DIKO MP Angelos Votsis said.

Bitcoin is a peer-to-peer digital currency that functions without a central authority. Known as a crypto-currency, because it uses cryptography in the creation and transfer of money, it first introduced in January 2009. It is stored in anonymous ‘electronic wallets’, or code, and can travel from one wallet to another by means of an online peer-to-peer network transaction. Last month a Central Bank statement said that bitcoin was not illegal. The statement came as bitcoin marketers Neo & Bee were poised to launch their business here. Following a weeks-long media blitz, Neo & Bee opened its flagship branch in Nicosia last month. The company has already partnered with a number of businesses accepting payment in bitcoin, including So Easy Stores, LTV and Telemarketing.

Late last year the University of Nicosia became the first private university in the world to accept bitcoin as payment for tuition. At the time, Dr Christos Vlachos, chief financial officer for University of Nicosia, said bitcoin was an inevitability that would eventually lead to significant innovation. “Digital currency will create more efficient services and will serve as a mechanism for spreading financial services to under-banked regions of the world. In this light, we consider it appropriate that we implement digital currency as a method of payment across all our institutions in all cities and countries of our operations,” he said.