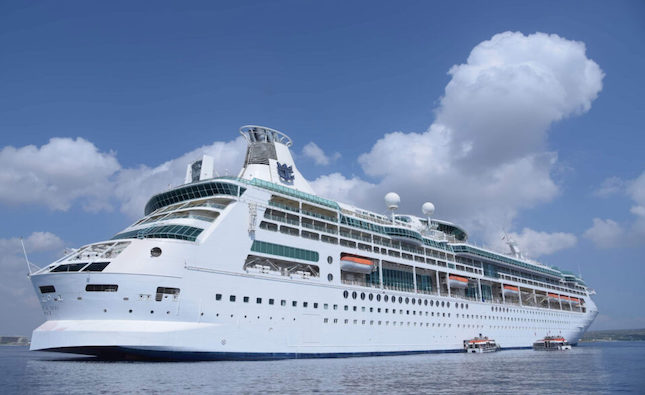 Transport Minister Yiannis Karousos said on Tuesday welcomed the arrival of the first large cruise ship, the Rhapsody of the Seas, to Ayia Napa Marina.

The Rhapsody of the Seas, one of Royal Caribbean Cruises largest ships, docked in the marina around 6am on Tuesday, having left from Haifa, Israel.

The ship, which has a capacity to hold 3,000 passengers and staff, will next move on to Rhodes, Greece.

“It is the first large cruise ship, which holds around 3,000 passengers and staff. These people will use the marina, with all the benefits associated with the arrival of a cruise ship,” Karousos said.

He added that the decision to create a dock at the marina and another at the upcoming marina in Protaras has already started to see benefits.

“Cyprus is being put on the map of this special form of tourism, as we see year after year the number of cruise ships arriving at our ports and marinas are increasing,” Karousos said.

“The same option will exist in the other marinas of Cyprus, namely in the Protaras marina but also in the small port of Latsi in Paphos, where the Ports Authority has announced the investment of €50 million to upgrade the port, with the option to attract cruise ships,” he said.