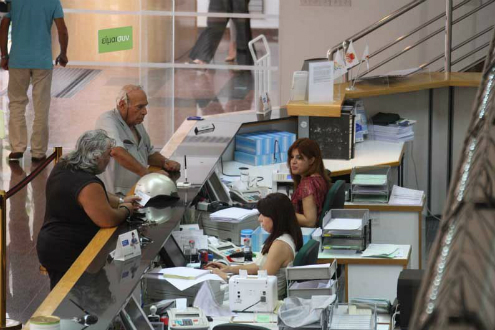 B2Kapital to remove up to €2bn in NPLs from banking system

B2Kapital Cyprus Ltd, the first company licensed to buy loans, aims at helping affected borrowers get rid of the stigma of not repaying their loans via consensual solutions, its chief executive said.

Rakis Christoforou, B2Kapital’s Managing Director, said that the strategy of the company, which in January agreed to buy €145m of non-performing loans from Hellenic Bank, provides for acquiring unsecured non-performing retail and corporate loans and avoid housing loans.

“We aim at acquiring €1bn or €2bn in non-performing loans,” Rakis Christoforou said in an interview recently, four days after the bank supervisor granted the subsidiary of Norway’s B2Holding Group its licence. “This translates into an injection of equity into the economy.”

The licence under the law on the sale of loans passed as part of Cyprus’ bailout terms will allow the company to complete a deal announced with Hellenic Bank in January that provides for the acquisition of €145m of delinquent loans.

The deal is expected to enter into force in early June and will signal the beginning of the company’s actual operations, Christoforou said without revealing additional details. The company is about to hire new staff that will complete negotiations with affected borrowers and is already in talks with other banks over the acquisition of part of their non-performing loans portfolio.

Non-performing loans in the Cypriot banking system, a remnant of the twin fiscal and banking crisis of 2013, account for €22bn, or almost half of the total, and pose a significant risk for financial stability and the economy’s fragile recovery. The finance ministry said in its Stability Programme submitted to the European Commission last month that the government aims at reducing non-performing loans in the banking system by roughly €8bn by the end of the year.

Christoforou said that there are two types of borrowers with non-performing loans; those who fell victim to the circumstances and while they were willing to honour their debts they are unable to complete restructuring negotiations with their respective bank and those who are uncooperative.

While B2Kapital is ready to show flexibility to the former, it is not ready to do so with strategic defaulters. “It would be unfair to get the same treatment as those who are willing to pay their loan,” he said and added that he was confident that consensual solutions can be reached in every case.

“Cypriots don’t like to be stigmatised as welshers,” he said. “We can offer them a chance for a new beginning.”