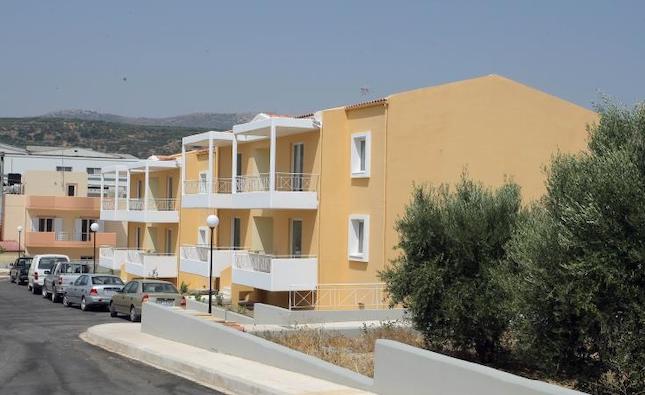 Back to the drawing board on VAT rates for first homes

Faced with pushback from MPs and building industry stakeholders, the government on Monday agreed to – again – rethink parts of a bill providing for reduced VAT on first homes.

The matter relates to new legislation drafted by the government that aims to find the sweet spot between local concerns and the European Commission, which has initiated infringement proceedings against Cyprus over the VAT discount.

In February the government came up with a bill intending to find that balance. But opposition inside parliament forced it to go back to the drawing board and come up with an amended bill, shown to MPs on Monday.

It was still not good enough for most parliamentarians.

Currently the law provides for the application of a lower VAT rate of 5% (the norm is 19%) for the first 200 square metres of primary residences, without any qualifications. This lower rate is applied irrespective of the income, property or economic conditions of the person or his family residing in the house. Moreover, the total surface area of the home bears no relevance.

But in July last year the European Commission said it was taking measures against Cyprus because of its failure to comply with the EU rules for VAT, in relation to homes.

The Commission sent a letter of warning to Cyprus, asking for the government’s position. If the reply is not to the Commission’s satisfaction, it may proceed with a reasoned opinion and even take action before the Luxembourg court.

The allegation is that Cyprus did not properly apply VAT rules for homes purchased or built here.

VAT directive 2017/541 allows member states to apply a lower rate for first homes as part of social policy. But the wide interpretation of the Cyprus provision apparently exceeds the social policy aim stated in the directive, for such an exemption. It’s also understood that citizenship recipients of the ‘golden passports’ scheme benefited from the lower VAT rate.

Now, the latest amended bill distinguishes between homes and apartments. Homes eligible for the VAT discount are those with a value of up to €350,000 and with an area up to 220 square metres. And the lower VAT rate will apply to the first 170 square metres – a compromise between what currently applies and the European Commission’s position.

Apartments eligible will be those with a value up to €200,000 and an area up to 110 square metres, with the VAT discount applying to the first 90 square metres.

In addition, the bill has a transition clause – to benefit from the VAT discount, an individual must apply to the VAT Service by November 30 of this year, having first obtained a building permit.

The finance ministry’s permanent secretary argued that the distinction between homes and apartments gives Cyprus more leeway vis a vis the European Commission and increases the area eligible for the VAT discount.

But the Scientific and Technical Chamber (Etek) foresaw problems straight away. Its head Constantinos Constanti said it would be impossible for a young couple looking to build their first home to secure a building permit by the end of November. He suggested, instead, that the requirement be changed to needing a town-planning permit by that cutoff date.

Constanti also cited the rising prices of materials, which have driven up building costs by 20%.

A representative of the developers association agreed, pointing out that with the current inflation no one would find a home or apartment with the square metres and value cited in the bill – making the legislation a damp squib.

The finance ministry agreed to hold back on the bill for the time being and continue consultations with Etek.