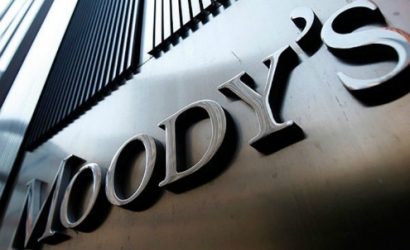 Moody’s rating agency said the decline of non-performing exposures (NPEs) by €5.6bn, or 33.6%, stemming from the resolution of the co-operative bank (CCB) is a credit positive for the Cypriot banking system because it reduces asset quality risks and supports depositor confidence.

The CCB’s remaining assets and deposits were transferred to Hellenic Bank, which has supported

overall depositor confidence in the system.

“We estimate that the majority of CCB’s NPEs (over 80%) were primarily mortgage loans. Therefore, the NPE ratio in the household sector (accounting for 40% of system gross loans as of September 2018) improved the most, declining to 38% as of September 2018, from 53% as of August.”

Household loans have the lowest loan loss coverage ratio so their exclusion leads to an improvement in the system’s overall coverage, Moody’s said.

However, the reduction in banking system NPEs does not reduce the debt burden on the economy because CCB’s NPEs will continue to be managed, albeit outside of the banking system, with the intention of being restructured, rescheduled and repaid.

Cypriot households continue to be highly indebted: household debt was 105% of Cyprus’ gross domestic product and nonfinancial corporate debt accounted for an additional 122% of GDP as of March 2018. The transfer does not reduce these debt levels.

In addition to the recent €5.6bn transfer, the other main driver of the recent reduction was roughly €3.2bn of NPE sales and transfers by Bank of Cyprus, Alpha Bank, and Hellenic, primarily related to small and midsize enterprises.

Despite the reduction from these sales and transfers, however, the pace of actual loan repayments has been very slow, despite economic recovery and growth since 2015.

Moody’s said it expected loan repayments to be supported by the recent regulatory and legislative measures to improve the foreclosure and insolvency framework, and a government-sponsored plan (Estia) targeting socially vulnerable borrowers that have defaulted on their mortgages. Estia, in particular, is expected to incentivize the resumption of repayment of around €1.4bn of retail loans that remain in the banking system’s NPE balances.